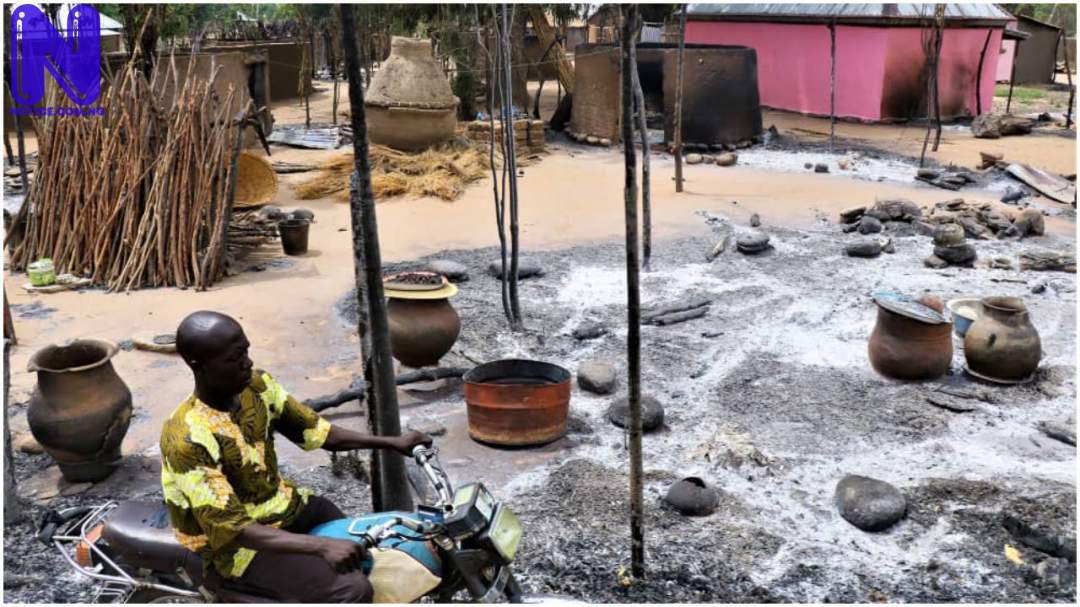 The Irigwe Development Association (IDA) on Sunday said four of their people were killed, many farms destroyed and over 200 houses razed in an attack by suspected Fulani herdsmen at Jebbu Miango, in Bassa LGA of Plateau State.

This was disclosed by the Secretary-General of IDA, Comrade Danjuma Dickson Auta, in an interview with Press in Jos.

Auta said, “These Fulani herdsmen came in the night, killed 4 of our people, destroyed many farms and set over 200 houses ablaze, unprovoked.

“I say unprovoked because we don’t know the motive behind their action.

“This has been a recurring decimal, as many farms have been destroyed at night by these heartless people.

“Based on our findings, as they come to attack our communities, they also destroy our farms on their way out after committing the heinous act.

“We are calling on government and security agencies to come to our aid, as our people have been left homeless, their farms destroyed and loved ones killed”, he lamented.

However, when contacted, the Spokesman of the State Police Command, ASP Gabriel Ogaba said, “On 31/07/2021, the Command received a report that there was a conflict between gunmen suspected to be Fulani Militia and youth from Irigwe at Jebbu Miango, Bassa LGA of Plateau State.

According to him, “Upon receipt of the report, the tactical team of the Command were immediately deployed to the scene to tighten the security of the area and to restore peace.

He further said the Commissioner of Police, Edward Egbuka, with other senior Officers of the Command had visited the scene and has ordered “a discreet investigation” to fish out the perpetrators of the dastardly act.

Meantime, Ogaba said, normalcy has been restored in that area.

Recall that a few weeks ago, the Plateau State government disclosed that over 80 farms were destroyed by yet to be identified persons in Jos South, Riyom, Bassa and Barkin Ladi LGA within June and July 2021; warning that there could be serious food insecurity in the state and the nation if the act continues unchecked.