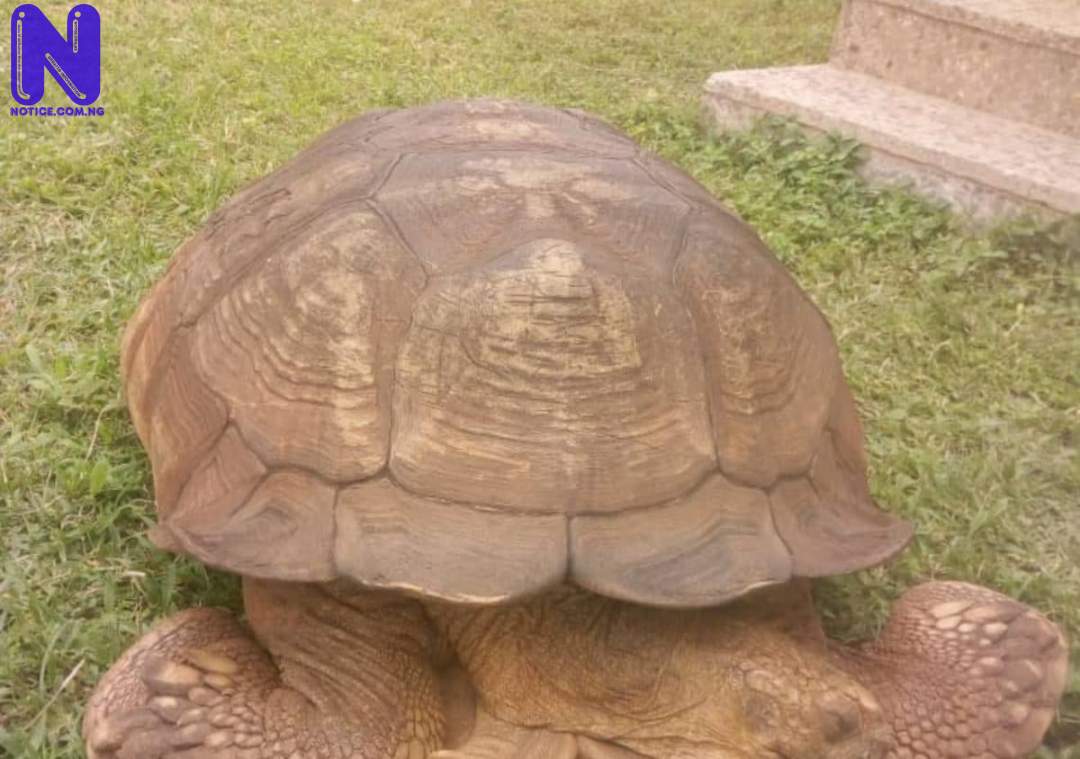 A three hundred and forty four (344) year old tortoise at the palace of the Soun of Ogbomoso, Oba Jimoh Oyewumi is dead.

The tortoise, which was named, Alagba due to its age, is said to be the oldest in Africa.

It died on Thursday.

Press gathered that the tortoise, which has become one of the tourist attractions in the palace, fell sick a few days ago, before it finally passed on Thursday.

It was learnt that it became a prominent figure during the reign of the current monarch.

The monarch was said to have provided good shelter and health support for the tortoise during its sojourn on earth.

Private Secretary to the monarch, Toyin Ajamu confirmed the death of the tortoise.

Ajamu stressed that the tortoise, which attracted people from all walks of life from Nigeria and abroad, will be greatly missed not only by the palace household but everyone who came in contact with Alagba during its lifetime.

He said, ”Alagba had lived in the palace for centuries.

“The tortoise played host to many monarchs in Ogbomoso in the past.

”Alagba became popular because Oba Oladunni Oyewumi, Soun of ogbomosoland, used his personal resources to cater for her well being.

“The tortoise had two staff members of the palace, dedicated to her.

“They provide food, health support and other logistics, so as to make sure she gets the best treatment. Often times, Kabiyesi shares great moments with Alagba.

”On a daily basis, Alagba, had tourists visiting her from different part of the world. The palace household, Ogbomoso community and stakeholders in the tourism sector are mourning Alagba’s passage”.