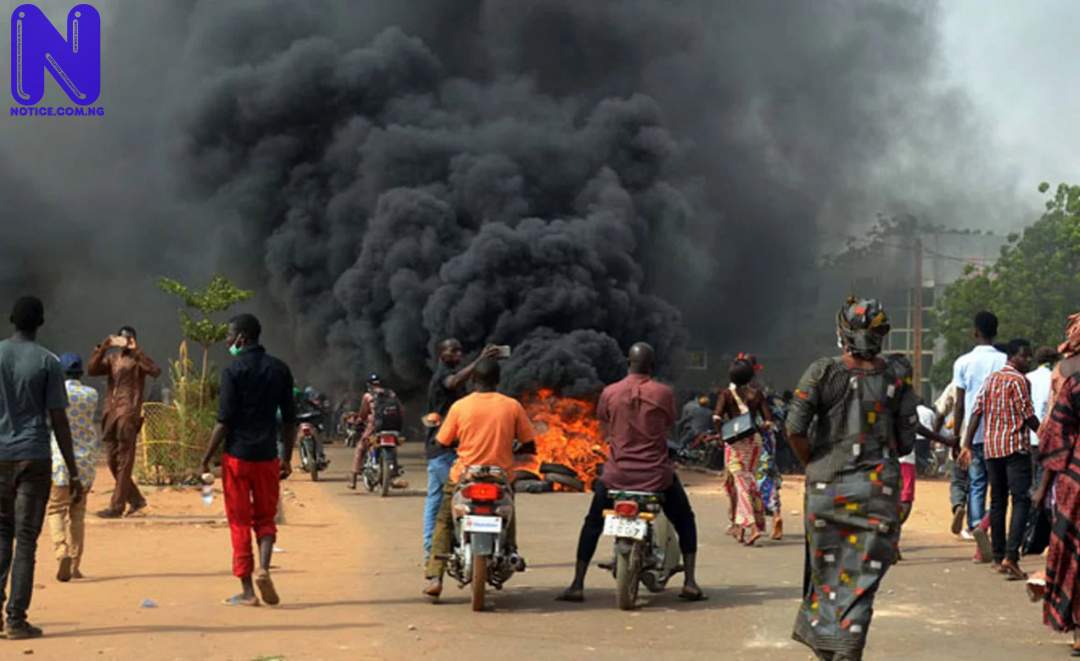 About three persons have reportedly been killed while four others abducted in a renewed clash between the people of Usaka Uko in Ikwuano Local government area of Abia State and Nkari, Ini local government Area of Akwa Ibom State.
The crisis which has been lingering, it was gathered occurred early hours of Friday, 22 January 2021 when some youths suspected to come from Usaka Uko allegedly ambushed indigenes of Nkari, shot them and carted away their motorcycles.
Recall that a similar incident occurred in August 2020, where about 11 persons were allegedly killed and scores injured in both camps.
One of the elders in Nkari, Major Tony Isenyeng(Rtd) told members of the Civil Liberties Organisation led by its Chairman, Franklyn Isong who visited the deserted community, that indigenes have become helpless over the continuous bloodletting occasioned by the crisis.
He called on the National boundary commission to hasten up in giving a clear demarcation of the boundary adding that security operatives be permanently mounted on the area to forestall more crises.
Narrating the incident, a Ex-councillor in Nkari ward 4, Hon. Benjamin Christopher Akpan said, “last Friday which was our market day. Our attackers ambushed and killed our people. They killed my younger brother, even the other of my relatives with her husband, we found their corpses this morning. While four other persons who were said to have passed the road could not be found as I’m speaking with you now.
“The only market we have that sells once in a week was attacked, we are not sure if the market will open this week, and if it doesn’t how can we sustain our mothers and our children. We have become endangered species.”
Also, a member representing Ini State Constituency, Hon. Emmanuel Bassey who is also the Chief whip, described the crisis as guerilla warfare in that the attacking youths would ambush and shoot anyone who crosses the road.
He called for a full security presence in the area even as the FG is expected to mandate the NBC to urgently do the demarcation of the boundary.
On his efforts so far on the matter, Bassey said, “in my first and second term in the State House of Assembly, I moved motions of urgent public importance on the need to rescue the people of Nkari.

I told the floor in October last year that if the crisis was not addressed it would worsen and deteriorate to the extent that we won’t be able to manage it.
“One of my prayers was that NBC should come and finish the work they started about seven years ago. What that place needed was a complete demarcation. We wrote to the boundary commission and to the office of the Deputy governor which caused us to have a meeting last year in Abia State where all the relevant stakeholders from both States were present. The boundary commission agreed to come back later December to do the demarcation and bring lasting peace.
“Unfortunately January is ending and they didn’t come back as promised. Rather than all the Bloodshedding, let Federal or both State governments take over the place and build industries that would be of benefit to both those from Abia and Akwa Ibom States. In so doing, the problem would be resolved automatically.”
On his part, the Clan Head of the Nkari clan, His Highness Udoette Edon, has called on the state government to construct the Mbiabong/Nkari road in order to link Nkari people to other parts of the State, noting that lack of motorable road contributed to the persistent attacks.
Also commenting on the incident the leader of Nkari Community, Obong Bassey Inuaeyen narrated how a boy who takes care of his aged father was killed in the Friday crisis.
He said, “As I speak, I’m in pain, I’m mourning the death of innocent young men and women who went their way on that road only for them to be ambushed and killed. About seven of them have been killed including the boy that lived with me, he was the one that was taking care of my old father in the compound. This crisis has been on, it didn’t start today.”
He called on the State government to ensure permanent security presence in the Nkari community until the NBC resolved the boundary dispute.
He assured the Nkari people that the state Governor, Mr. Udom Emmanuel will construct the Nkari road as he promised during his (Inuaeyen’s) mother’s funeral in 2017.
However, the CLO chairman, Isong had called on Governor Emmanuel to look into the plight of the Nkari people as the place showed a total disconnect from basic amenities such as access roads, healthcare centre, school, potable water and electricity which are seen in other parts of the States.
He joined the people to ask the federal government to take over the land and site industries so that everybody will have peace.
When contacted through telephone, the Akwa Ibom State Police Public Relations Officer, SP Odiko Macdon confirmed the crisis saying that normalcy has returned to the area through the efforts of the police Commissioners in both Abia and Akwa Ibom States.
SP Odiko, in spite of that, noted that he would not confirm any death as his men never saw any corpses in the area.
“I’m speaking from the official channel, I can’t confirm any death because we didn’t see any dead bodies anywhere, but there was a crisis at Nkari and the situation is calm now by the efforts of the Commissioner of police and stakeholders from both States.” The PPRO said.