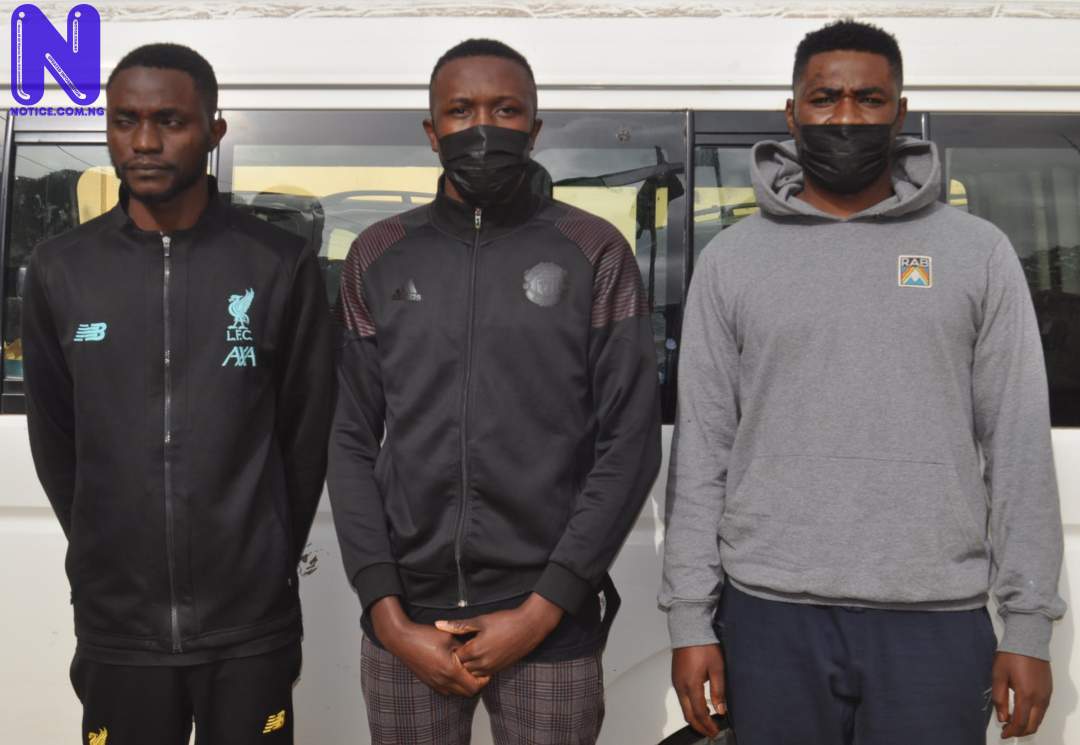 Nbubuisi Kerian Ozomba, Paul Obide and Samuel Chukwuebuka Nduchukwe will cool off in prison for one month for obtaining money by false pretence.

They were apprehended by the Economic and Financial Crimes Commission (EFCC) in a sting operation.

He used a profile picture of an American military officer and obtained the sum of $350 from Mary Lovely, a Filipino.

Obide (alias Javier Espinal) also posed as a military officer from Spain and obtained $2,000 from another Filipino, Lovina.

The EFCC said the Obide claimed that the money was for treatment of his sick daughter.

He portrayed himself a United States Army officer serving in Afghanistan and used the fake identity to defraud Christy Serue from the Philippines of $510.

The trip pleaded “guilty” to the charges preferred against them.

EFCC counsel, S. N. Robert urged the court to convict and sentence them in accordance with the plea bargain they voluntarily entered with the commission.

The court consequently sentenced them to a month in prison with an option of a fine of N150,000 naira each.