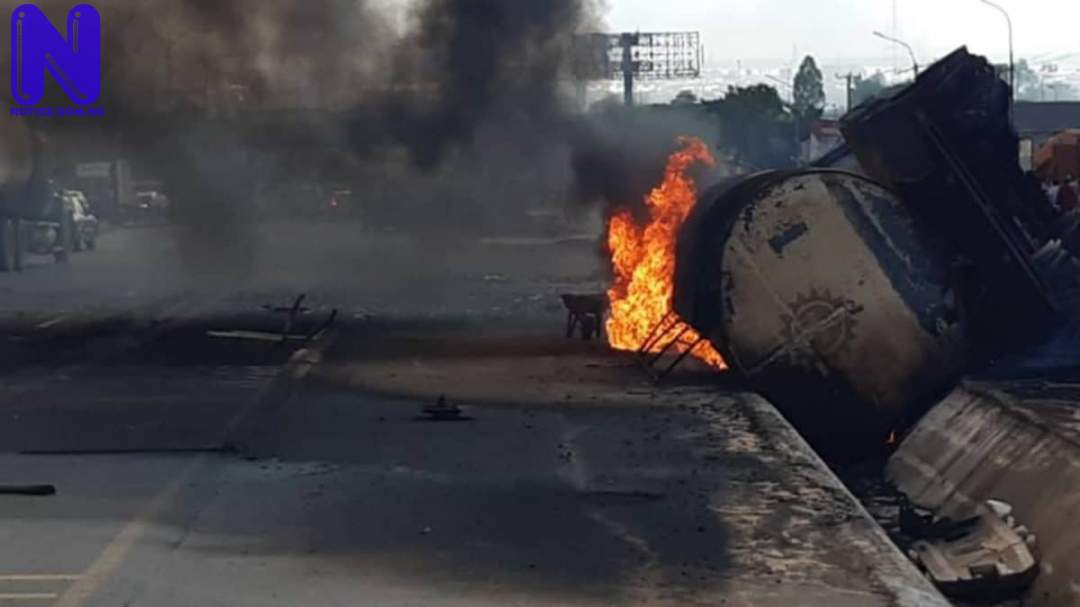 At least,.three people have died and about 50 tricycles burnt as tanker went aflame in Adamawa State.

The ill-fated tanker which was loaded with petrol exploded and went aflame at the commercial town of Mubi in the northern part of Adamawa State Wednesday, leading to deaths and destruction of tricycles.

Witnesses recounted that the fire started at a filling station in the early hours of the day when fuel was being loaded from the petrol tanker into hundreds of jerry cans at the Kasuwan Gyela area of Mubi.

Our correspondent reports that the incident would be the price to pay by the Nigeria-Cameroon border community which has become infamous for smugglers who routinely load petrol in jerry cans into the neighbouring Cameroon.

The affected vicinity is usually crowded by human and vehicular traffic, including tricycles. The public means of transportation.

A source put the number of people who died as a result of the Mubi petrol tanker fire at five, but the government agency responsible for emergency response confirmed three.