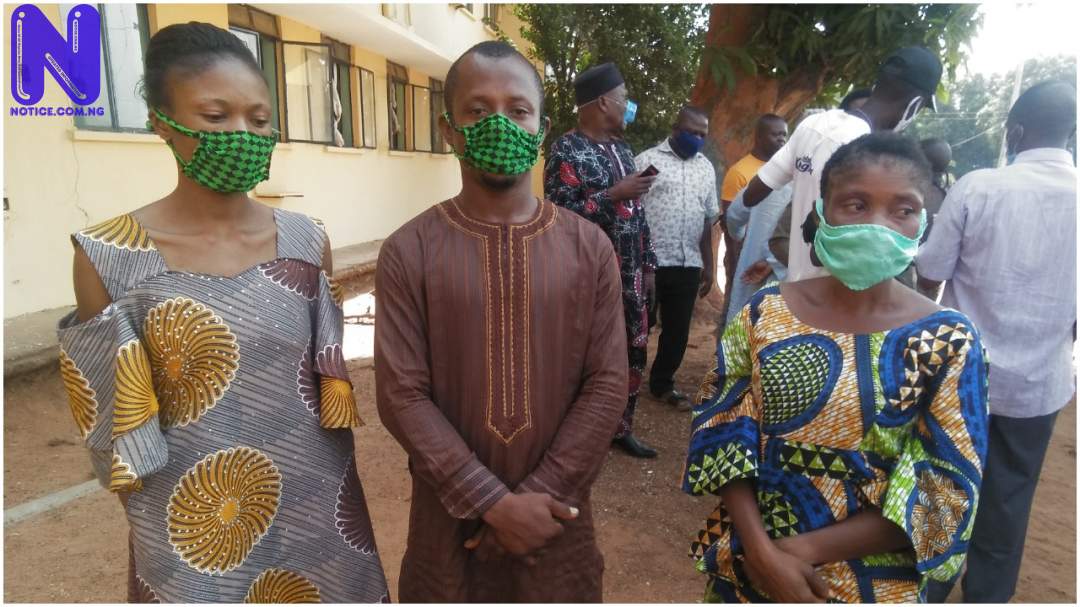 A 24-year-old graduate of Muyideen College of Education, Zango-Kulende, Ilorin, Kwara State, Medinat Ibrahim, has been arrested for conspiring with two other suspects to plan her own kidnap.
Parading the suspects at the state police headquarters in Ilorin on Wednesday, the spokesman of the command, SP Okasanmi Ajayi, who addressed newsmen named two other suspects who conspired with Medinat, as Amudalat Wahab (f) 30, and Hammed Lekan (m) 28.
He said “On January 2, 2021, at 1750 hrs, an information was received from one Nurudeen Solagberu (m) of Oko-Olowo area of Ilorin through the command’s emergency telephone line, to the effect that one Ibrahim Medinat (f) of Olude Oke-Fomo area, Ilorin was kidnapped by unknown persons.
“Preliminary investigation revealed a conspiracy theory, hence the CP Mohammed Lawal Bagega directed the newly constituted state anti-kidnapping unit to take over the investigation.
“It was, in spite of that, found in the course of investigations that the said Medinat Ibrahim, conspired with one Amudalat Wahab (f) her sister to arrange for her kidnap and an account number belonging to one Hammed Lekan (m) was used to cash the ransom of N250,000 from the father of Medinat Ibrahim.
Medinat, who regretted her action, confessed in an interview with newsmen that she needed money for something, hence “she devised the fake kidnap” when her father refused to come to her assistance.
She complained of “neglect and abandonment by her father following her mother’s death, as well alleged maltreatment by her stepmother.”
The command’s spokesman said exhibits have been recovered and the case under investigation.
He warned criminals to pack their luggage and relocate from Kwara State, as the command will stop at nothing in dealing with any criminal arrested no matter how highly or lowly placed.