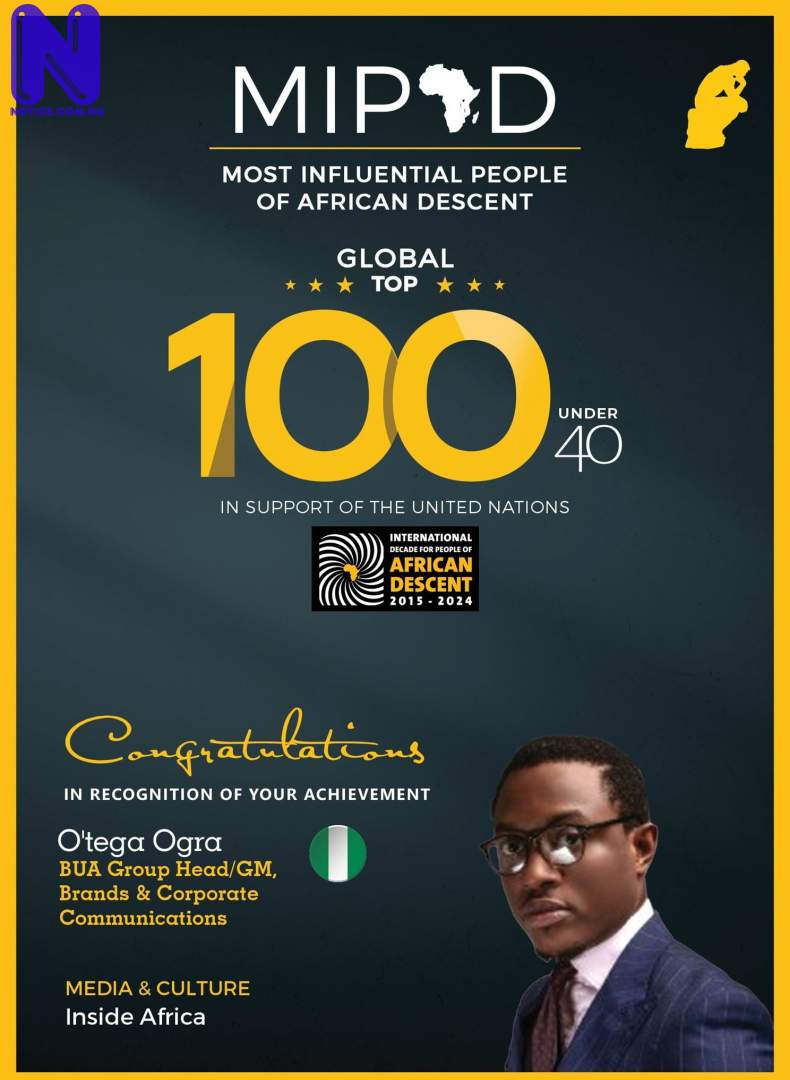 Kamil Olufowobi, Chief Executive Officer of MIPAD congratulated the honourees and noted that the Global Top 100 Under 40 list identifies and recognizes outstanding individuals worldwide across the four core categories of Politics and Governance, Business and Entrepreneurship, Media and Entertainment, Activism & Humanitarian Endeavors.

According to Olufowobi, "It is not an award show, it is a recognition platform because the first pillar of the international decade as declared by the United Nations General Assembly is recognition. So, we are recognizing the positive contributions of people of African descent and for us, that is a clear distinction".

"Nigerian People around the world are making positive contributions and the expertise they are learning abroad must be harnessed toward the development of Nigeria and Africa." "It is hoped that the people of African descent, everywhere around the world, will look up to these honourees and get inspired to pursue excellence in whatever field they play."

BUA Group's Communication Chief, Ogra was recognized in the top 100 under-40s media and culture list of the Most Influential People of African Descent in honour of his outstanding and positive contribution to influencing and advancing issues impacting people of African descent worldwide through media, culture, social impact, and communications, especially in the African Private Sector.

Reacting to the recognition, O'tega Ogra said, "I thank MIPAD for this recognition. It means there is a lot more work to be done especially for the young people in Africa. We must also channel our work and influence into projecting Africa positively to the world and changing the narrative of the continent for good"