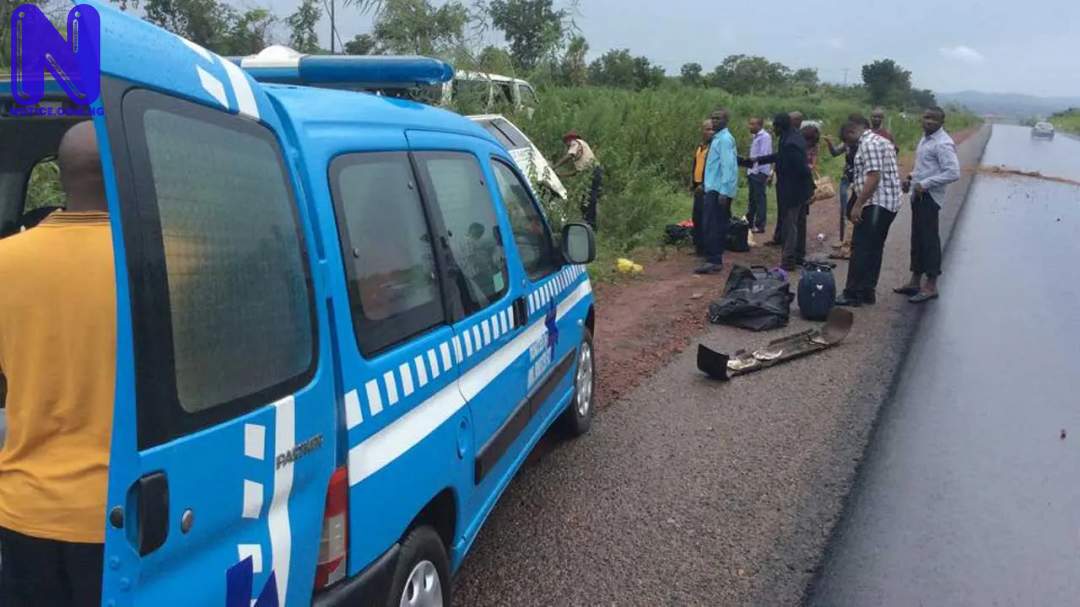 Two persons on Thursday died and 16 others injured in an auto crash, which occurred on Wednesday at Tasharkofa village along Kano-Zaria road.
The Kano Sector Command of the Federal Road Safety Corps (FRSC), who confirmed the incident, said that the accident occurred as a result of over speeding, which As stated by him led to tyre burst.
Zubairu Mato, the FRSC Sector Commander said, “We received a call at about 07:05 a.m on Feb. 10, 2021.
“On receiving the information, we quickly dispatched our personnel and vehicle to the scene of the incident to rescue the victims at about 07:15a.m,” Mato said.
He added the burst eventually led to a collision involving two vehicles, a Toyota with registration number: MSA 943 XA and a commercial bus without registration number.
“The victims who lost their lives were adult males while the remaining 16 victims sustained serious injuries,” he said.
He said the victims were evacuated to Kura General Hospital where the doctor on duty confirmed them dead.
The 16 survivors are currently receiving treatments at the hospital.