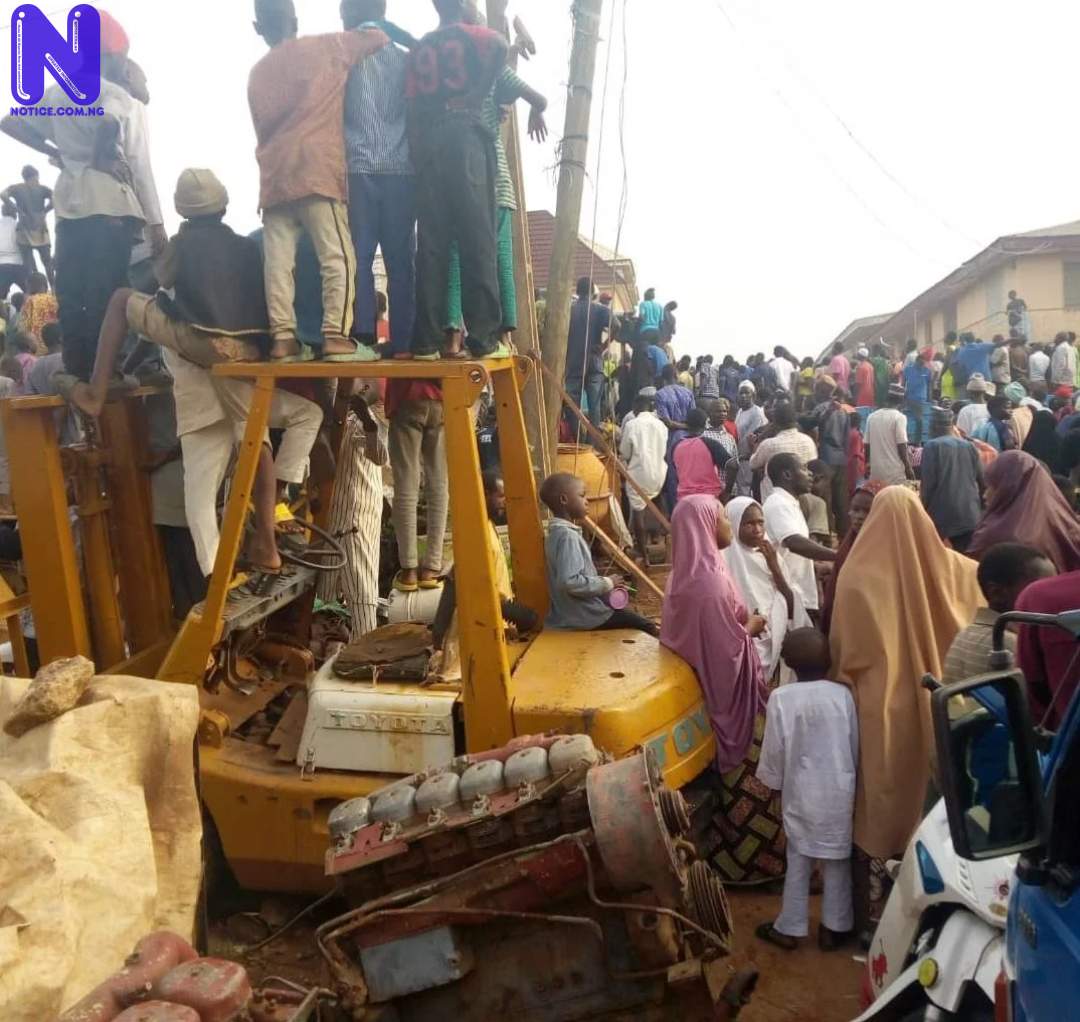 The Kano State Fire Service has rescued ten persons trapped in a collapsed building at Gwammaja ‘Yan Kosai in Dala Local Government Area (LGA) of the state.
Malam Saidu Muhammed, Spokesman for the Service, confirmed this in a statement on Tuesday in Kano.
“We received a distress call at about 1:30 a.m on Tuesday from one Malam Abdullahi Muhammad.
“On receiving the information, we quickly sent our rescue team to the scene at about 1:37 a.m.
“We discovered that the house, a one-storeyed building, collapsed on 10 dwellers and that they were covered by broken blocks and sand, ”Muhammad said.
He said that eight out of the 10 people in the building were rescued alive and taken to the Murtala Muhammad Specialist Hospital, Kano for medical care, while the rest two were found dead and their remains evacuated to the hospital where they were confirmed dead.
He advised residents in the state to be conscious of their environment and to avoid living in dilapidated buildings, NAN reports.