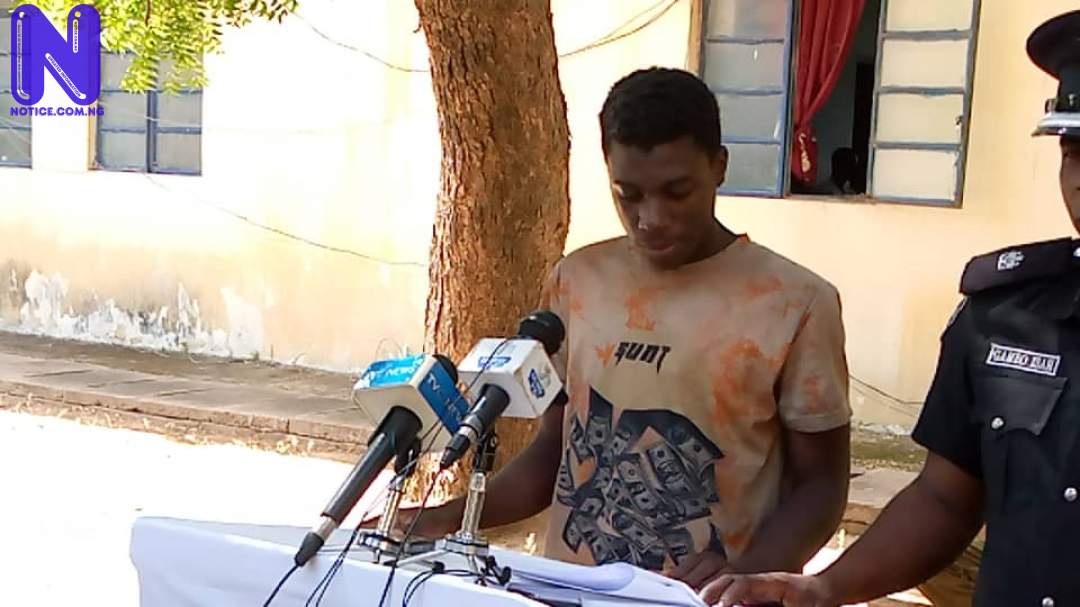 An alleged member of the proscribed group, Eastern Security Network (ESN) has been arrested by the Katsina State Police Command.

David Eric Uchenna 19, who also goes by the name Ibrahim Muhammed was arrested by the police at Kofar Sauri Quarters in the Katsina metropolis, following a tip-off from some allies he confided in.

The Spokesman of the Katsina Police Command, SP Gambo Isah, paraded the suspect at the state command on Tuesday

The suspect, said to be a native of Orji River in Enugu State, said that he has denounced his membership of the terrorist group, having served under one of their leaders, identified as Emenike (aka SAPALE), claiming they have over 400 members in their camp located at Akpogozie forest in Orji Rivers LGA.

“We ran away from ESN after stealing N700,000 from one of the ransom money paid by a kidnapped victim and came to Katsina with some of my friends to meet my mum. But unfortunately, she was not around so we checked into a lodge.

“My friends were jittery and had to leave Katsina for fear of being caught since they don’t understand the terrain.

“However, before they left, we shared the money we stole from ESN among us of which I got N200,000.

So, one day I went to one of my friend’s house and we got talking with him and one other friend. I confided in them that I was an ESN member and revealed some of their atrocities. I also told them sincerely that I have left them because I am not in support of their activities, knowing that if I die pursuing their cause, I will end up in hell. In fact, that’s why I came back to Katsina,” Uchenna said.

SP Gambo Isah while parading the suspect said: “On 02/11/2022 at about 1945hrs, based on a tip-off, one Davis Eric Uchenna, A.K.A. Ibrahim Muhammed, aged 19 years of Orji River LGA of Enugu State, strongly suspected to be a kidnapper was arrested at Kofar Sauri Quarters, Katsina.

“In the course of investigations, the suspect confessed that he belongs to the gang of the proscribed terrorist group "Eastern Security Network", (ESN) with their camp at Akpogozie forest in Orji River LGA of Enugu State under the leadership of one Eminike a.k.a. "SAPALE" with over four (400) hundred members, terrorizing the South Eastern states of Nigeria.

“He further confessed that his gang kidnapped someone in Imo State and collected the sum of ten million naira (10,000, 000:00K) as ransom but stole the sum of seven hundred (N700,000:00K) from the camp and escaped to Katsina State, alongside one Chuckwumeka and Chinemerem, the duo had left Katsina since to evade arrest. Furthermore, the suspect confessed to committing a series of crimes ranging from armed robbery, kidnapping and other heinous crimes in the eastern states of Nigeria. An investigation is ongoing, please.”