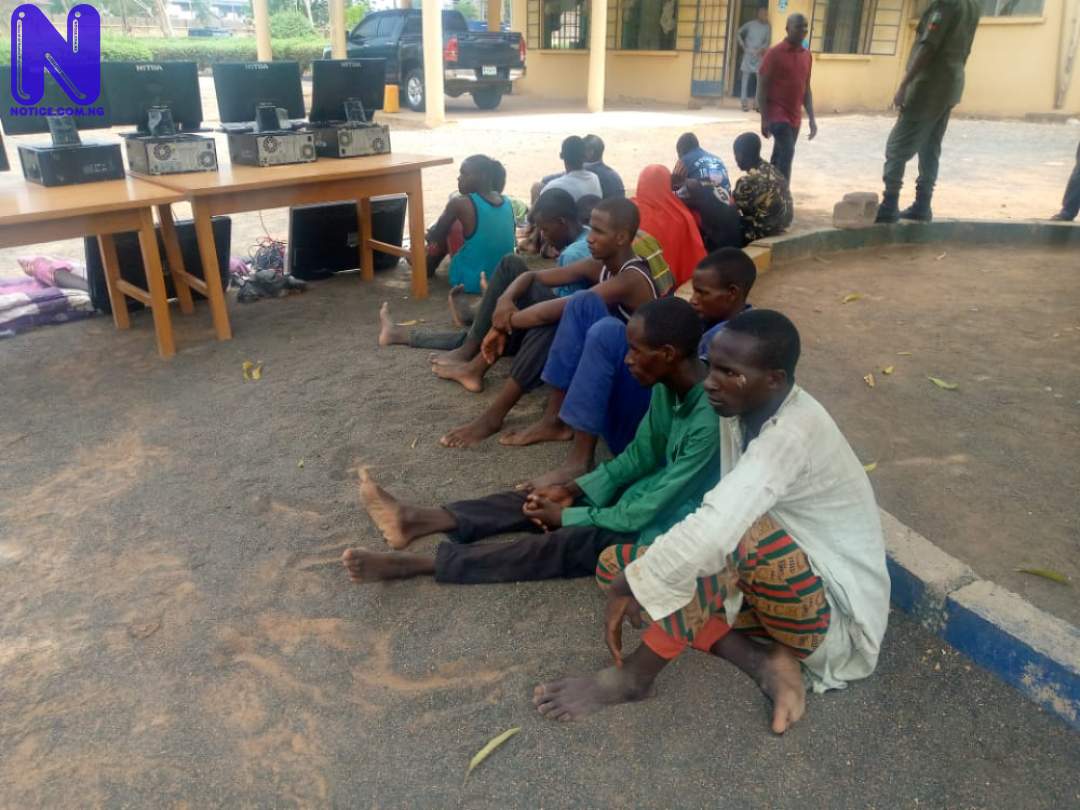 Fourteen suspects have been arrested by operatives of the Adamawa State Police Command for alleged house-to-house robbery in Yola North and Yola South local government areas.

The police command said Thursday that it recovered one Audi vehicle, six computer sets, two TV sets, and some quantities of hard drugs.

The lot who are residents of different areas have confessed to robbery of household items and money and rustling of 34 cows, As stated by the police.

“The suspects during interrogation confessed to committing the offence of house to house robbery within Yola North and Yola South LGAs and rustling 34 cows, among others”, Nguroje said.

He said the Command’s operatives attached to State CID and Crack squad, apprehended the 14 suspects earlier in the week.