11 burnt to death, 10 injured as tanker explodes in Abuja 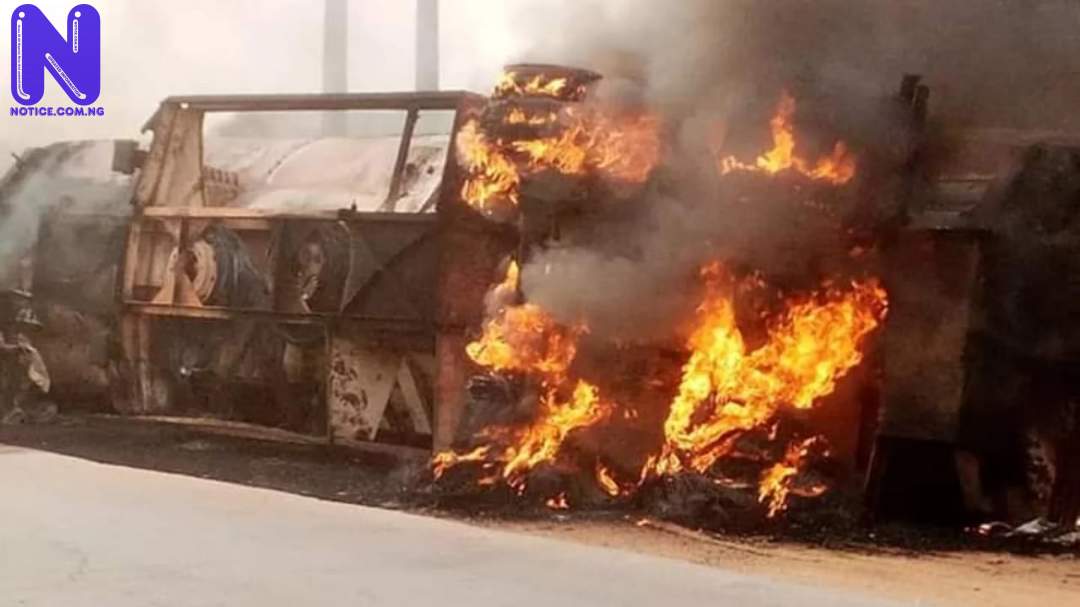 About eleven people, including three Almajiris, have been killed in an oil tanker explosion.
The explosion happened in the Gawu area of Abaji Local Government Area of the Federal Capital Territory, Abuja.
The incident happened on Sunday when a tanker was trying to avoid colliding with a truck.
After noticing that the oil was leaking, some residents of the area came out with jerry cans and buckets to loot.
The leaking fuel caught fire and killed three Almajirai and eight others, including a woman.”
The Federal Road Safety Commission’s (FRSC) commandant in Abuja, Wobin Gora, confirmed the incident.
He confirmed that 11 people were burnt to death, while 10 others sustained injuries.
” Eight men and two women who sustained burns have been rushed to the hospital for further treatment.
Eleven were burnt to death due to the explosion,” Gora said.