10 things you need to know this Monday morning - Nigerian Newspapers 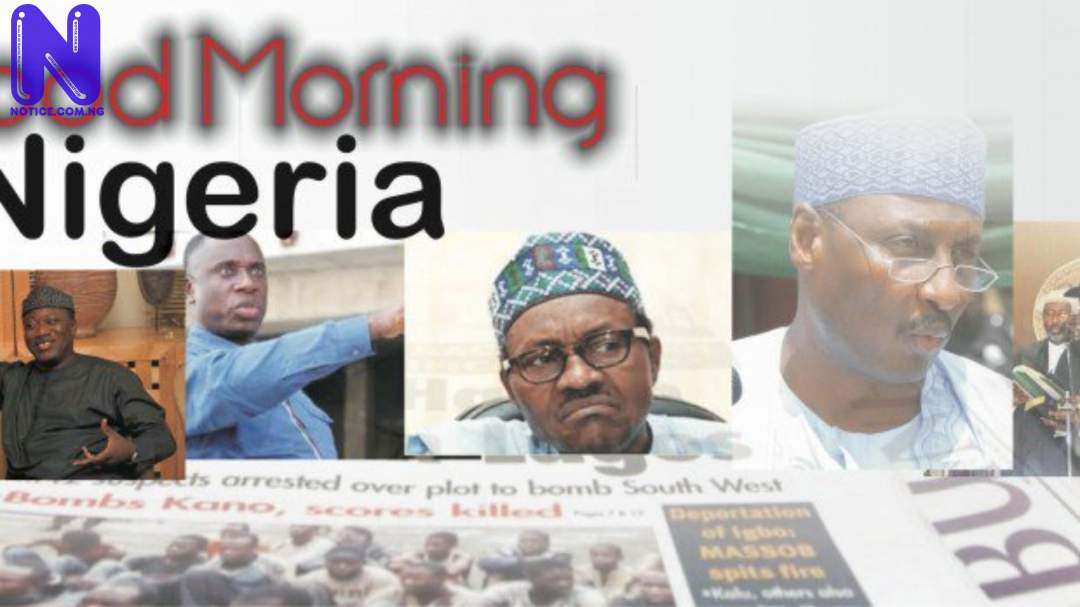 1. Ahead of the February 2023 presidential elections, five Governors elected under the platform of the Peoples Democratic Party, PDP, on Sunday, met in Enugu State over who they would give their backing. Inside sources, in spite of that, said that the discussion centred on how to deliver the Labour Party Presidential candidate, Mr Peter Obi in 2023.

2. Against the backdrop of his rumoured death, presidential candidate of the ruling All Progressives Congress, APC, Asiwaju Bola Tinubu has declared that he is hale, healthy and ready to serve Nigeria from day one. Tinubu made this assertion in a statement accompanying a video of his fitness posted via his verified Twitter page on Sunday.

3. Big Brother Naija ‘Level Up' housemate, Ijeoma Otabor better known as Phyna has won the 7th edition of the reality television show. Phyna, who enjoys her career as a singer and a hype woman, had said she came to the BBNaija house not only for the money but also to make a difference.

4. The President, Nigerian Academy of Medicine, NAMed, Professor Samuel Ohaegbulam yesterday, expressed concern over Nigeria's declining health indices, tasking the presidential candidates in the 2023 general elections to demonstrate to Nigerian People how they intend to tackle the problem.

5. Gunmen, weekend, kidnapped the traditional ruler of Owa Onire, the Onire of Owa-Onire in Isin Local Government Area of Kwara State, HRH Abdulrahaman Ifabiyi and his driver. It was gathered that the monarch and his driver with one of the natives of the town yet to be identified were kidnapped at gunpoint while returning from a social function.

6. Cases of abductions went down by 28 percent across the country in the month of August, in comparison with the preceding month of July. This was attributed to the ongoing security forces' operations. An Abuja-based security risk management and intelligence consulting company, Beacon Consulting, stated this in its latest report yesterday.

7. The Kwara State Police Command said its operatives arrested a medical doctor, Adio Adeyemi, of Kaiama General Hospital, over alleged kidnap and murder of two ladies. Adeyemi was alleged to have kidnapped and killed his girlfriend identified only as Ifeoluwa, and another housewife, Nofisat Halidu, in 2021.

8. The leadership of the House of Representatives will meet President Muhammadu Buhari on Tuesday over the ongoing strike by members of the Academic Staff Union of Universities.

9. A Federal High Court sitting in Lagos has sentenced a retired policeman, Ariwayo Oloyede, aka Oyinbo, to one-year imprisonment for human trafficking. The ex-police officer was convicted alongside a Burkina Faso-based Nigerian, Christian Owanebi, who was handed seven years jail term for the same offence by Justice Abimbola Awogboro.