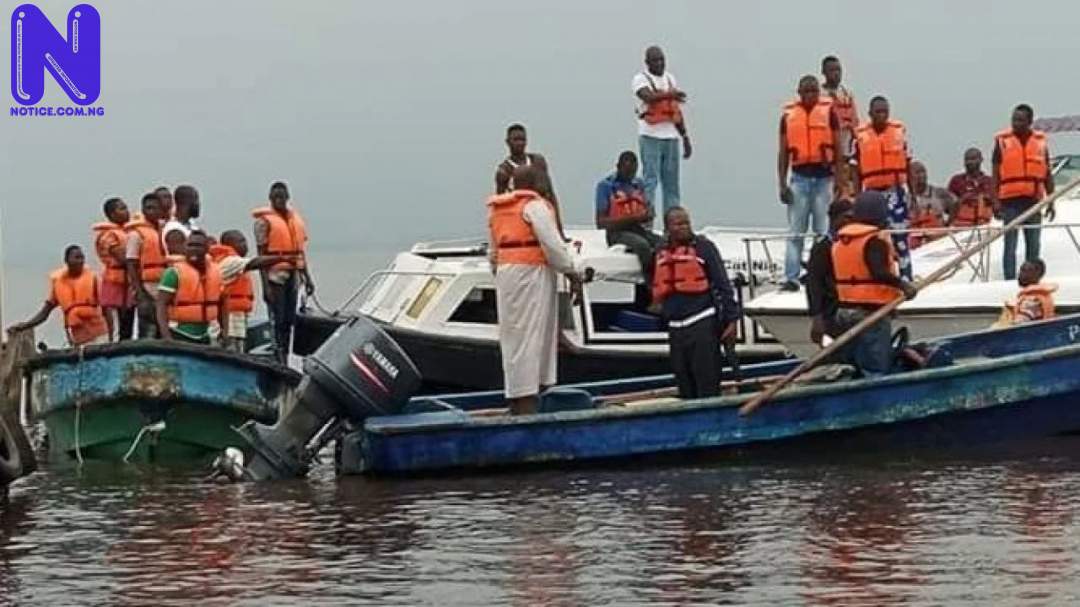 The National Emergency Management Agency (NEMA) has said no fewer than 10 passengers escaped death on Tuesday evening, when their boat capsized on Lagos Waterways, NAN reports.
NEMA Acting Coordinator in Lagos State, Alhaji Ibrahim Farinloye, who made this known in a statement, said, “10 passengers were rescued alive when their boat capsized.”
According to him, the boat took off from Lagos Island going to Ikorodu before it capsized.
Farinloye also said that the passengers were rescued with the special support by operators and volunteers.
Also, Mr Oluwadamilola Emmanuel, General Manager, Lagos State Waterways Authority (LASWA), while confirming the incident, said that the authority was still compiling information about the accident and the cause.
Emmanuel said the boat left Lagos Island, which experienced a lot of water activities.
However, he said further pronouncement on the accident would be made later.

Comment by:TISAO - 2020-07-29 , 11:57:42am
It’s the best time to make some plans for the future and it is time to be happy. I have read this put up and if I may just I wish to suggest you few interesting things or advice. Perhaps you could write subsequent articles referring to this article. I desire to read even more issues approximately it! I couldn’t resist commenting. Very well written! There's definately a lot to learn about this topic. I like all of the points you've made. http://linux.com
like:0
dislike:0
relevance:0
Comment by:TISAO - 2020-07-29 , 12:05:44pm
Ahaa, its good discussion concerning this post here at this webpage, I have read all that, so now me also commenting here. It's very trouble-free to find out any topic on net as compared to books, as I found this post at this web page. I am sure this article has touched all the internet users, its really really fastidious post on building up new webpage. http://plumbing.com
like:0
dislike:0
relevance:0
Comment by:TISAO - 2020-09-06 , 12:16:08pm
10 passengers rescued as boat capsizes in Lagos - Notice Naija ( Nigerian ) News [url=http://www.g147c0cgtjz79h06p0tw9x992mp78e8ws.org/]utzfgmdlbwk[/url] tzfgmdlbwk http://www.g147c0cgtjz79h06p0tw9x992mp78e8ws.org/ atzfgmdlbwk
like:0
dislike:0
relevance:0