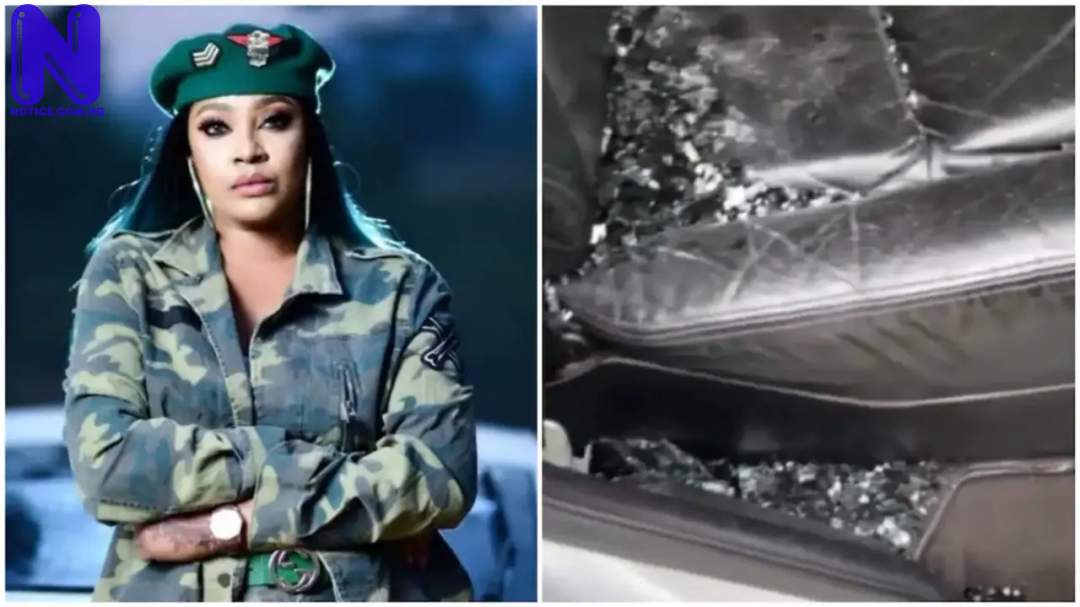 Popular Nollywood actress, Angela Okorie, has narrated how she narrowly escaped death when some suspected armed robbers attacked her recently.

Okorie, in a video posted on her verified Instagram page, claimed that 10 bullets were removed from head in after the attack she described as an attempted assassination.

The actress said the attack lasted for about thirty minutes while no one came to her rescue.

Okorie, in spite of that, did not disclose where and when incident took place in her post about the attack.

Alongside a video, she wrote: “Undiluted grace will never stop to exist in my home,10 bullets were removed from my head and 2 bullets close to my eyes.

“God alone deserves all the glory and honor. You are God all by your self, I am a child of Grace.

“Nothing in this world will ever make me ungrateful for all you’ve done in my life and my family.

“The assassins kept on shooting for 30 minutes, no help from anywhere, no human came for our rescue, only God came for our rescue.” Viewers Discretion: 10 bullets were removed from Angela Okorie’s head and two from my eyes 💔💔 pic.twitter.com/GnowgNp2hm