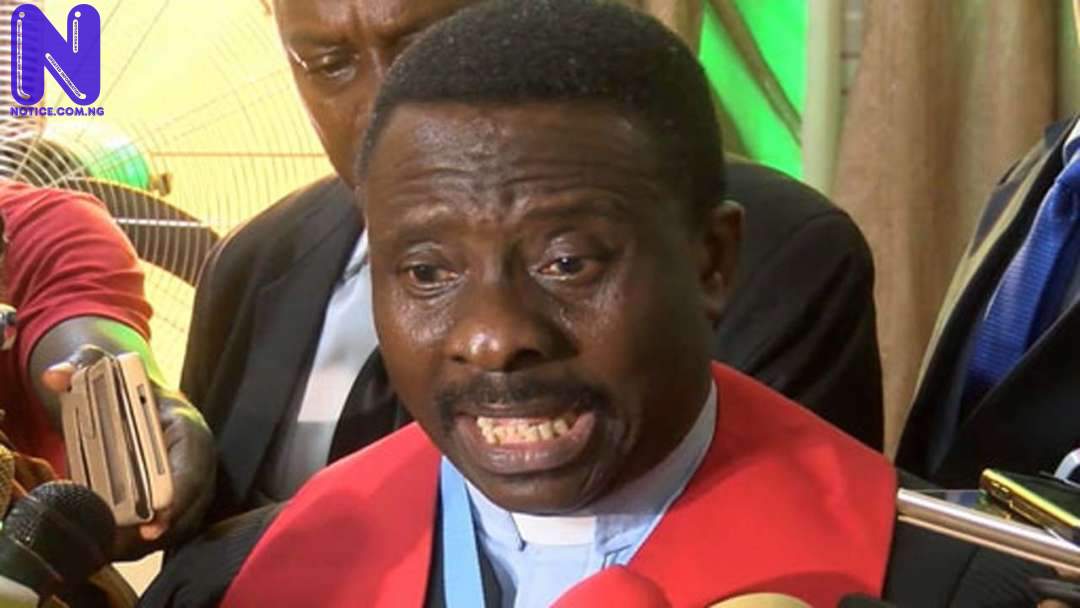 The President of CAN, Dr Samson Ayokunle, urged the leadership of the Miyetti-Allah Cattle Breeders Association of Nigeria (MACBAN) to protect the image of President Muhammadu Buhari by exposing the criminal Fulani herdsmen in the country.

He noted that the leadership of CAN was not attacking President Muhammadu Buhari on religious ground but asking the president “to be more responsible and responsive to the yearning of the people of Nigeria, irrespective of their faith, ethnic background and political leaning.”

Ayokunle stressed that the major problem was lack of leadership, adding that “we don’t have leadership that builds life but such that destroys life.”

Ayokunle further promised to work with the leadership MACBAN in the quest for peace and stability of the country.

He made the promise in a statement signed by his Special Assistant, Pastor Adebayo Oladeji on Monday in Abuja, NAN reports.

Ayokunle, who commended MACBAN for its peace initiative, promised to work with the leadership of the association in the quest for peace and stability of Nigeria.

The National Secretary of MACBAN, Othman Ngadzarna had led the delegation of the association to congratulate CAN president on his victory for the second term.

“Nigeria needs a detribalised leader, who will pick the best across all divides that will help him to govern the entire nation well.

”The leadership of CAN is not attacking President Muhammadu Buhari on religious ground.

”All we are asking the government for is to be more responsible and responsive to the yearning of the people of Nigeria, irrespective of their faith, ethnic background and political leaning.

”For example government should be able to provide basic amenities for the people as it is being done in other climes and security challenges must be addressed holistically,” he said.

Ayokunle said that good governance will surely change the current disturbing narrative, there is no reason why the criminals amidst us should not be brought to book.

”Now that you have said it is not all herdsmen that belong to MACBAN, then your association should stop justifying the atrocities being perpetrated by those criminals.

“The criminal herdsmen are giving the President bad name and the only way this can be stopped is by exposing those criminals that are carrying gun around, maiming and killing the innocent people.

”Buhari is Fulani like you people and the best thing you can do for him is by exposing those criminals. This will make Nigerian People not to reject another Fulani man who may want to rule,” he added.

He cited few instances to condemn the criminal herdsmen who are attacking and killing innocent people, saying “most of those who are angry with the Fulani herdsmen do not just hate them but they have been victims of attacks by suspected criminal herders.”

He explained to Rev. Ayokunle that all the criminals pretending to be herdsmen were not their members.

”Those carrying AK-47 around are cattle rustlers who came from outside the country are capitalising on the porosity of our borders,” he said.

He also disclosed that there is another group of herdsmen who share same name with them, adding “they were also registered by the Corporate Affairs Commission (CAC).

Ngadzarna further disclosed that the feud between the pastoralists and farmers were as a result of climate change, increase in population, illiteracy, cattle rustling and failure of government to address their needs.

He, in spite of that, noted that until of recent, the government had not deemed it fit to look into the root cause of the feud, adding that most of the negative stories making the rounds about MACBAN were fake news.