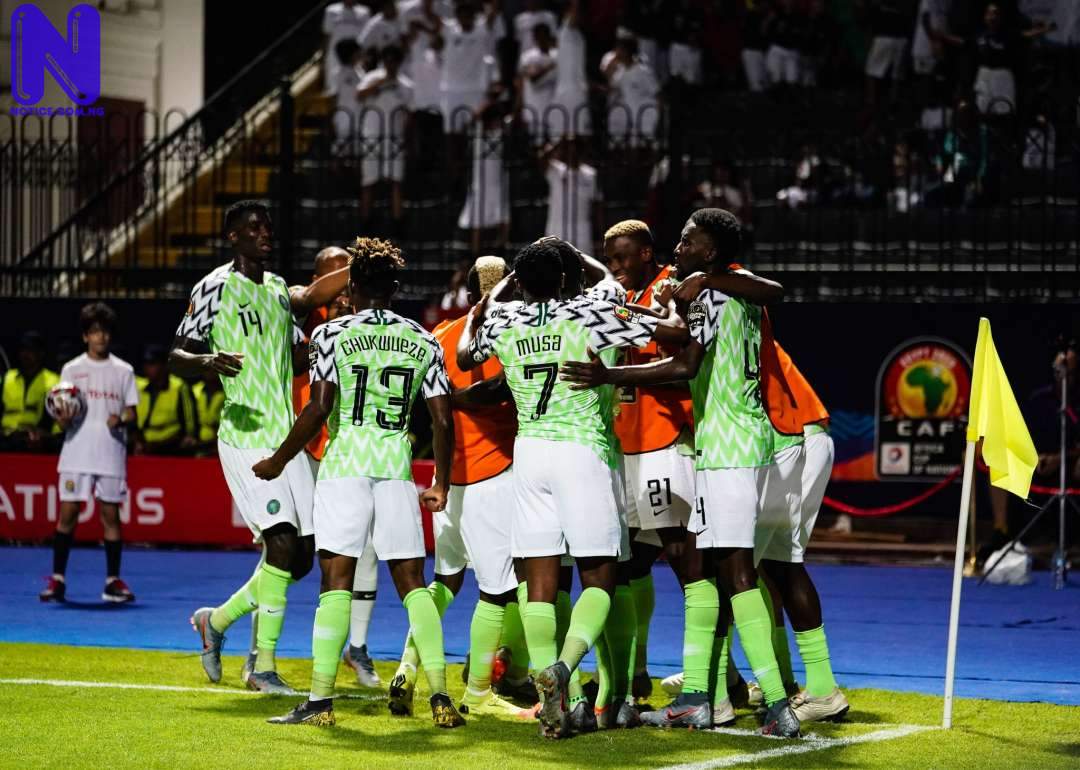 The Chairman of the South East Governors Forum and Governor of Ebonyi State, Chief David Umahi, has congratulated Nigerian People for the victory of Super Eagles against Guinea in the ongoing Africa Cup of Nation, AFCON, in Egypt.

Governor Umahi, who adjourned State Executive Council Meeting to watch the important match between Nigeria and Guinea in a statement by his Chief Press Secretary, Emmanuel Uzor, commended the fighting spirit of the Super Eagles and called for more dedication and patriotism among Nigerian People.

Umahi said with unity of purpose and total patriotism, Nigeria team has all it takes to go through the tournament and come back with the trophy.

He called on the team and management as well as the Nigeria Football Federation, NFF, to amicably resolve all residual issues arising from match bonuses and other entitlements for the players and their handlers.

He expressed optimism that Nigeria sports will improve with proper harnessing of various talents that abound in every part of the country and cautioned against ethnicity in Nigeria football, adding that football remains one of the things that unite us as a nation despite incipient divisive politics.