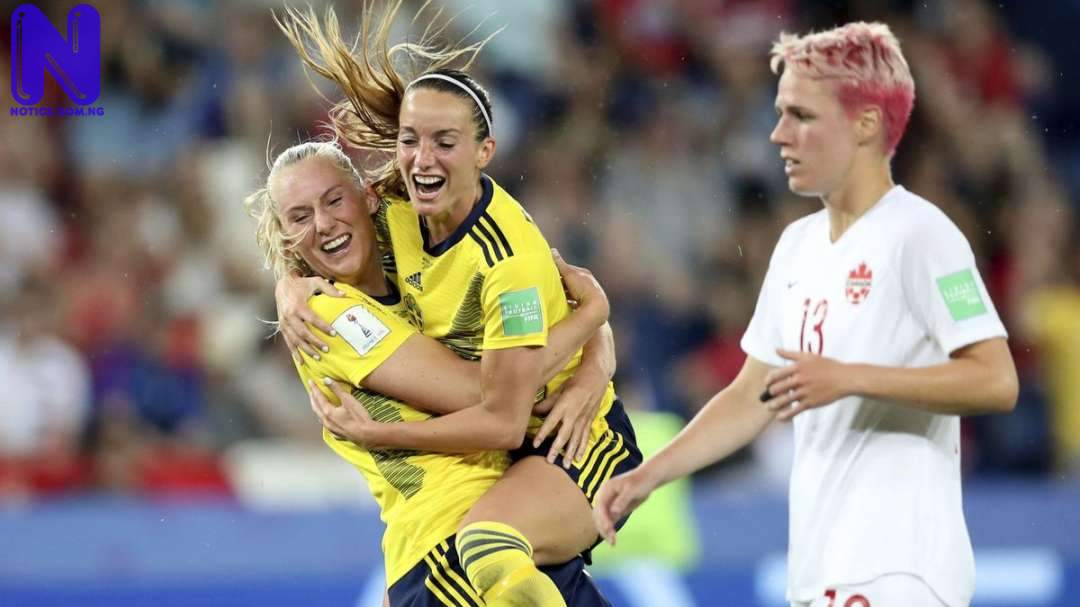 Sweden’s Stina Blackstenius struck in the second half on Monday in Paris as they won 1-0 against Canada at the FIFA Women’s World Cup to set up a quarter-final against Germany.

But it was a day of misfortune for the North Americans, who missed a penalty kick in the Round of 16 Match.

In sweltering conditions at the Parc des Princes, the two teams struggled to register any shots on target in the first half in spite of Canada dominating possession.

That all changed after the break when the Swedes stepped up a level and they were finally rewarded in the 55th minute when the Canadians lost possession of the ball in midfield.

It was her first goal of the tournament and it freed the Swedish team, which almost added a second with a thunderous drive from Fridolina Rolfo in the 61st minute.

Canada had a chance to get back into the game after 68 minutes, when they were awarded a penalty kick following a lengthy VAR review ruling that Asllani had handled the ball.

in spite of that, veteran Sweden goalkeeper Hedvig Lindahl dived to her right to tip Janine Beckie’s spot kick away.

“If they doubted I could make any penalty saves, that proved them wrong,” Lindahl told reporters.

“I had to stretch fully and it worked. It was pure joy. We got a lot more energy because of that.”

The save appeared to suck the spirit out of the Canadians who struggled to create much beyond a few half chances.

Asslani almost scored for Sweden five minutes from time as she volleyed in from a corner kick, but her shot was cleared off the line.

It was the first time Canada had failed to score in a World Cup knockout match and coach Kenneth Heiner-Moller said his young squad would learn from the experience.

“We have a lot of players with a bright future. They didn’t get their chance, but it’s given them a thicker skin. The way we develop players is important. We have the third youngest squad. So, it’s looking bright,” he said.

Sweden will now face two-times champions Germany on Saturday in Rennes in a repeat of the 2003 final.

The Swedes have not beaten the Germans since 1995.

“What’s happened years ago isn’t interesting. We have to look at how Germany played the last three matches,” Swedish coach Peter Gerhardsson told a news conference.

“I don’t think it’s relevant to the players, but it will be nice to break that trend.”