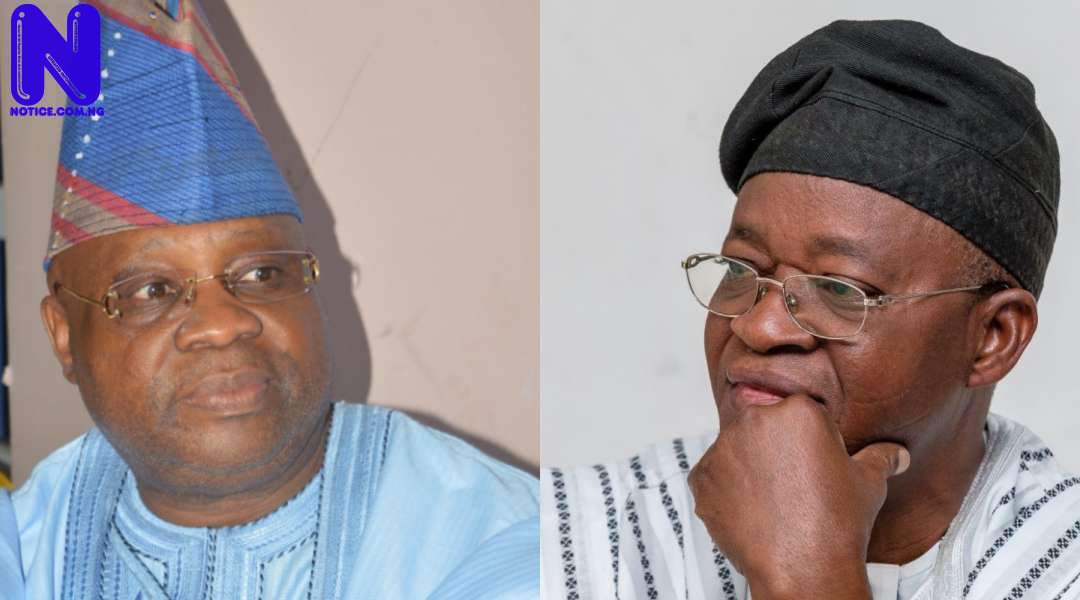 A civil society group, the Civil Liberty Union, has raised alarm over alleged harrassments and threats against some members of the Supreme Court panel of Justices presiding over the Osun governorship Appeal by a team allegedly led by a national leader of the All Progressives Congress, APC, in Southwest and 2 governors one from the South West and the other from North West.

The group alleged that the APC leader and the two governors were allegedly using the names of President Muhammadu Buhari to intimidate the Justices to jettison the supremacy of the Constitution and find any way to give a favourable judgement to Gboyega Oyetola, the candidate of the All Progressives Congress, APC.

This claim was contained in a statement issued to Press on Wednesday in Abuja and signed by its Coordinator, Mallam Shuaibu Adamu.

The statement added that the APC leader and the 2 governors went bullish and desperate when they couldn’t get Buhari to give explicit support to his quest to influence the Supreme court.

“They went to falsely quote that the President has directed the Justices to do their bid and forget any matter of constitution by endorsing Oyetola as Governor.

“We are aware of an evil plot to truncate justice in the case of Osun Governorship Appeal before the Supreme Court.

“We want to alert President Muhammadu Buhari that the APC leader and the two governors are using his name and office to harass and compel Supreme Justices to rule in their favour.

“This is happening right now and we want the President to know and act quickly before further damage and utter destruction is done to the Judiciary.

“From last night till now, the APC leader has been running helter skelter with both promises of Billions as well as threats of severe consequences against Justices who do not agree.

“We know authoritatively that Buhari has told Justice Tanko that the law should take its cause on Osun. We know that Justice Tanko has vowed to allow Justice to prevail.

“That was why he is dropping Mr President’s name. We urge the justices to remain steadfast. The whole world knows what happened in Osun was a rape of democracy and an affront to the Constitution of the Federal republic of Nigeria.

“The UK, US and EU all condemned the election especially the established voter harassments and disenfranchisement that characterized it.

“We affirm to the Justices that ruling on facts and supremacy of the constitution is the right and conscionable path of honour and posterity will judge them as bold and courageous standing for equity and justice.

“We are interested in this matter because it is a stain on the nation’s democratic credential.We need to clean it up by allowing the truth and the constitution to prevail.

“Mr President also agreed to this line of thought and that was why he has directed the Supreme Court to follow the law and their convictions. We won’t stand by and allow the APC leader to rubbish our country any further.

“We plan to present a protest letter to the Presidency and the Chief Justice of Nigeria on this matter,” the group declared.