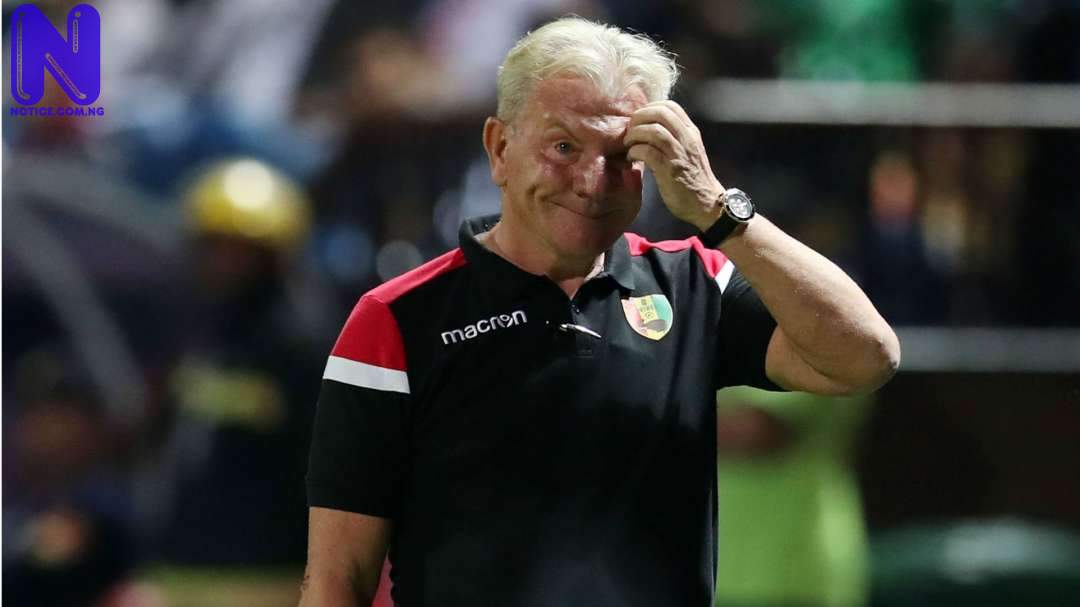 Coach of the Guinea national team, Mr. Put Paul has rued his side’s 1- 0 defeat to Nigeria’s Super Eagles in the second round of Group fixtures in the ongoing African Cup of Nations (AFCON).

Recall that the Syli of Guinea lost three points in the tight game yesterday after succumbing to a 73rd minute Kenneth Omeruo’s header off a Moses Simon corner.

The loss, in spite of that, compounded the woes of Guinea who must now win their last group game against Burundi to stand any chance of qualifying from the group.

Speaking in a chat with Brila FM, Paul said it was an unfortunate defeat suffered by his side after putting in so much effort to contain the Super Eagles of Nigeria.

The Guinea coach attributed the defeat to momentary loss of concentration in the game and described it as a very hard one to take.

“It was lack of concentration at that moment and they got the goal and that was very hard because I think the players came out and actually perform well.

“They did everything possible but we just didn’t have the luck on our side,” he said.