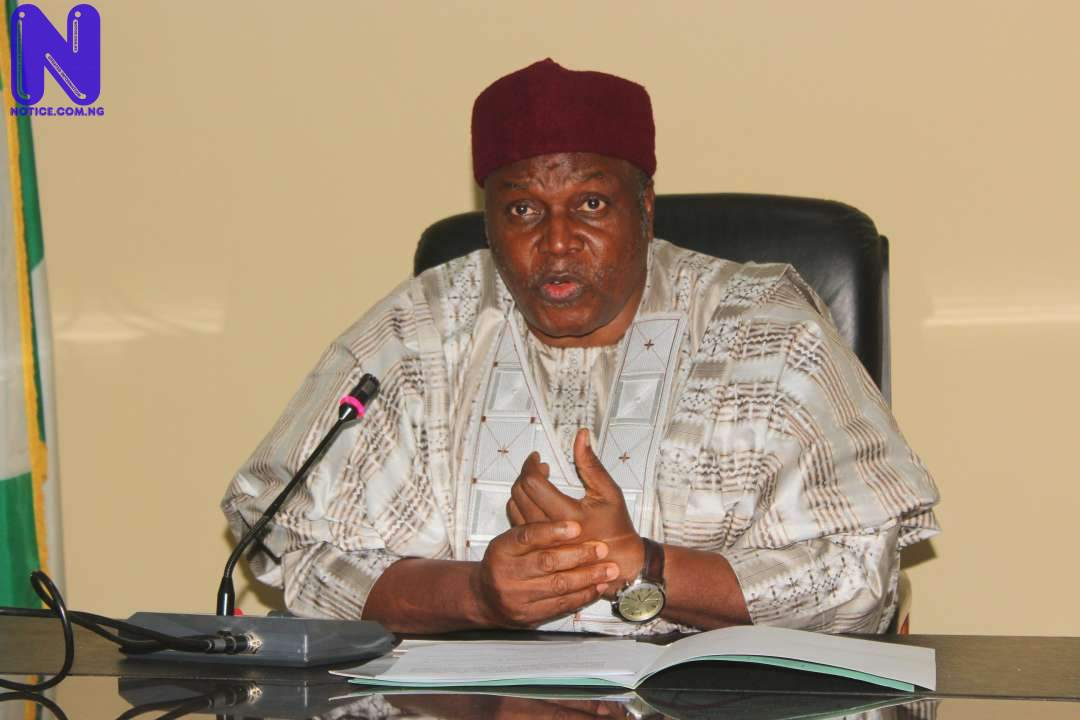 The Middle Belt Forum, MBF, has condemned in strong terms the reported invasion and forced entry into the Abuja residence of the Governor of Taraba State, Arc. Darius Ishaku Dickson, by men of the Nigeria Police Force.

The Nigeria Police Force, who allegedly forced entry into the governor’s residence led by a Deputy Superintendent of Police, allegedly claimed that they had a warrant from the Special Investigation Panel of the Presidency to raid the house and conduct a search.

MBF National President, Dr. Nitrous Pogu in a statement he issued said, “The Middle Belt Forum, MBF, hereby condemns the reported invasion and forced entry into the Abuja residence of the Governor of Taraba state, Arc. Darius Ishaku Dickson by men of the Nigeria Police Force, led by a Deputy Superintendent of Police who allegedly claimed they had a warrant from the Special Investigation Panel of the Presidency to raid the house and conduct a search.

“It is most unfortunate and regrettable that our cherished democracy and rule of law is under siege by agents of government that should serve as custodians of same.”

The statement regretted that the raid on the governor’s residence reminded Nigerian People of last year’s invasion of the National Assembly’s Senate chamber and the carting away of the mace in the full glare of the police and the Department of State Service (DSS) personnel.

The forum noted, “The unwarranted siege on the residences of the then President of the 8th Senate, Dr Bukola Saraki, and Senator Dino Melaye, respectively by operatives of the Nigeria Police, the shameful raiding of the residences of judges, among many such lawless misconducts by security agencies, attest to the fact that our democracy is under serious threats and calls for concern.

“As a Forum, we are not in any way opposed to the legitimate discharge of duty by the police or any other security agents, but we insist that they carry out their functions within the confines of the law.

“The impunity, lawlessness and daring manner with which the said police operatives forcibly entered and conducted their unwarranted search, and in view of the fact that the invading police operatives claimed to be acting on orders from the Presidency is indicative of the fact that Governor Dickson and indeed, other governors and leaders, targeted for daring to challenge the actions or inactions of the President Muhammadu Buhari-led federal government regarding incessant killings in our rural communities, the wanton destruction of farmlands and property, the sacking of indigenous farming communities from their ancestral lands and occupation of same by Fulani herdsmen terrorists in pursuit of an agenda now popularly referred to as ‘fulanization’ are worthy of condemnation.

“We also view this invasion as a desperate ploy to implicate the governor by surreptitiously depositing some incriminating material in his premises in the pretext of searching his house.

“Let it be known that the Middle Belt Forum will vehemently resist any attempt by the Buhari-led government or any of its agencies to deliberately implicate Governor Dickson of any criminal act. We will also hold the federal government responsible should anything happen to him. God forbid!”

The forum called on the police authorities to thoroughly investigate the invasion with a view to identifying the culprits for necessary action.

“We also call on the national security establishment to take necessary action to protect the governor and members of his family, including his officials, before it becomes too late,” the forum advised.

The MBF also called on the youth of the region not to avail themselves to be used by enemies of the people to attack one another.

“We should rather unite against these people who attack and kill our people unprovoked, dispossessing them of their ancestral lands and occupying same. We should always remember our motto: ‘Our people, our land, our heritage’,” the forum observed.