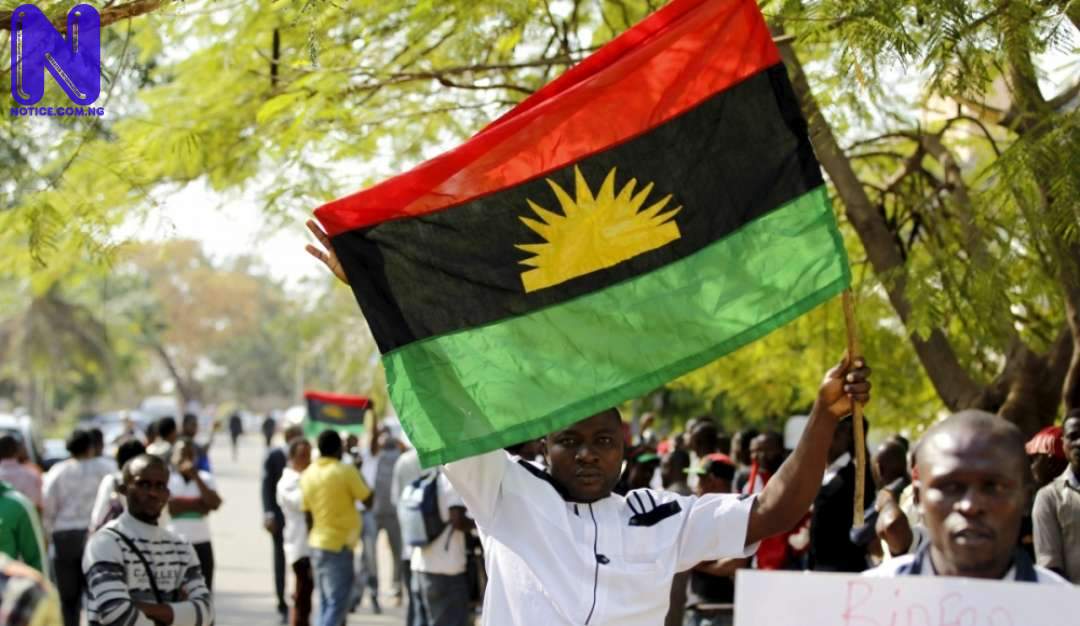 The Indigenous People of Biafra, IPOB, has condemned the position of the Governor of Ebonyi State, Dave Umahi and the President General of Ohanaeze Ndigbo, Dr Nnia Nwodo on the proposed sit-at-home protest announced by the group.

IPOB had earlier announced 30th May 2019 as the date for this year’s sit-at-home protest to honour those killed during the civil war.

The duo of Umahi and Nwodo had earlier dissociated their state and group respectively from the announcement.

A press release by the Publicity Secretary of IPOB, Mr. Emma Powerful and made available to Press in Awka on Sunday, condemned the duo for working to sabotage the exercise.

The group said, “It has been brought to our attention that the usual suspects are it once again in their bid to undermine the collective will of all patriotic and genuine children of Biafra to honour those that died for us and 3.5 million victims of the second largest holocaust in modern history.

“That Nnia Nwodo’s Ohaneze and Dave Umahi have come out yet again to lead the effort to discredit and dishonour the spirit of 3.5 million victims of genocide is inexcusable to say the least.

“These men were witnesses to the recent visit of Osinbajo the Nigerian vice president to Rwanda to remember the 150,000 victims of genocide. Why didn’t Nnia Nwodo and Dave Umahi issue a statement condemning Yemi Osinbajo for attending the memorial in Rwanda.”

The group regretted that what the duo meant by dissociating themselves from the exercise was that, “150,000 Rwandan genocide victims is more important than 3.5 million of their own people (Biafrans) slaughtered in similar circumstances between 1967 to 1970.”

It further said, “Any leader worth his salt would canvass for Nigeria to understand the need to declare May 30th a national public holiday.

“Britain that created Nigeria observe the same annual 11th minute of the 11th hour of the 11th month at the Cenotaph in London every year without fail.”

The group, in spite of that, said that it was optimistic that this year’s event would be a success, but regretted that once the success was achieved, most people who knew nothing about it would claim and celebrate it.

“Every year they come up with their usual nonsense against our sit at home order but in the end they start making comments in the hope of sharing in the glory of 100% compliance.

“These Nigeria by day and Biafra at night mushroom groups without presence or followership in Biafraland have failed in the past and will fail again because as usual, there will be total compliance with the sit-at-home order come May 30th because IPOB is the people and the people is IPOB.”