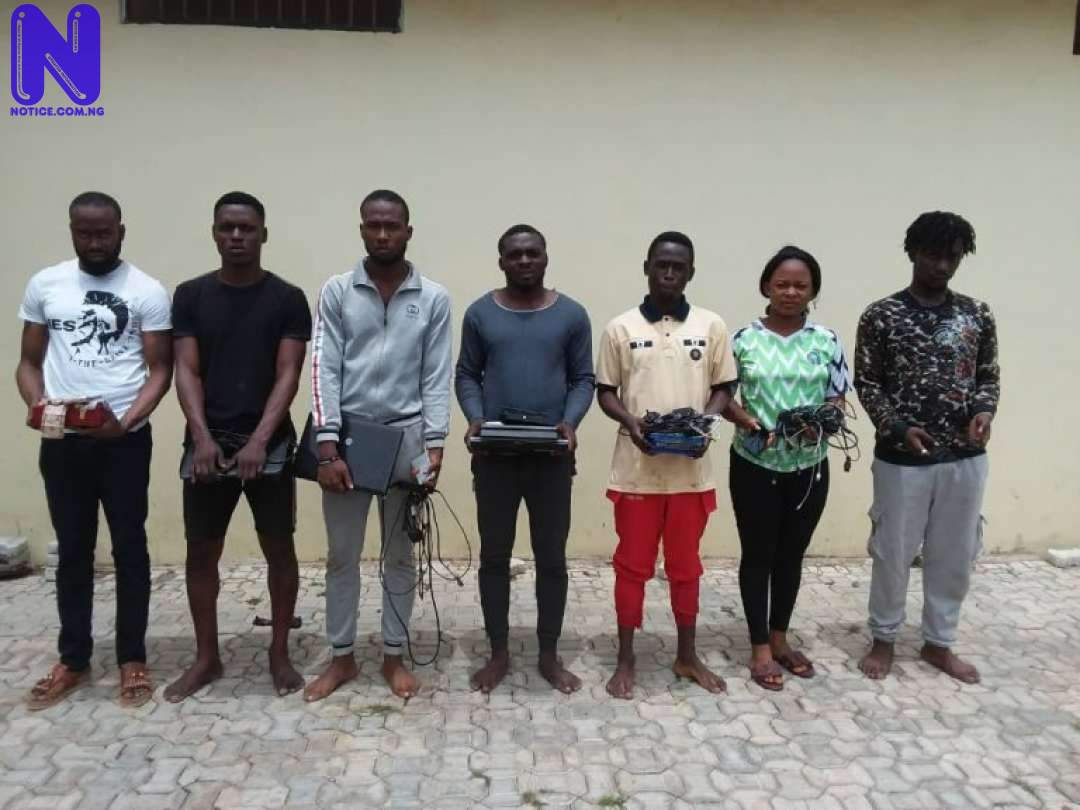 Operatives of the Economic and Financial Crimes Commission (EFCC), Kaduna zone have arrested seven suspected internet fraudsters in a raid carried out in Nasarawa State.

The Head Media and Publicity of the Commission, Mrs Zainab Ahmed listed the suspects as Peter Olu Tsetimi, Ogunbiyi Adekunle A and Emuze Omosigho Emmanuel.

One of the suspects, who posed as an engineer working with Exxon Mobil, was apprehended with fake identities he used to defraud people within Nigeria and abroad.

Ahmad said that the arrest along Ihejirika Close, Karu, Nasarawa State was made at around 5a.m. following intelligence reports of shady activities traced to the suspects.

She added that further investigation was ongoing while items and documents recovered will be subjected to forensic analysis and the suspects would be charged to court.