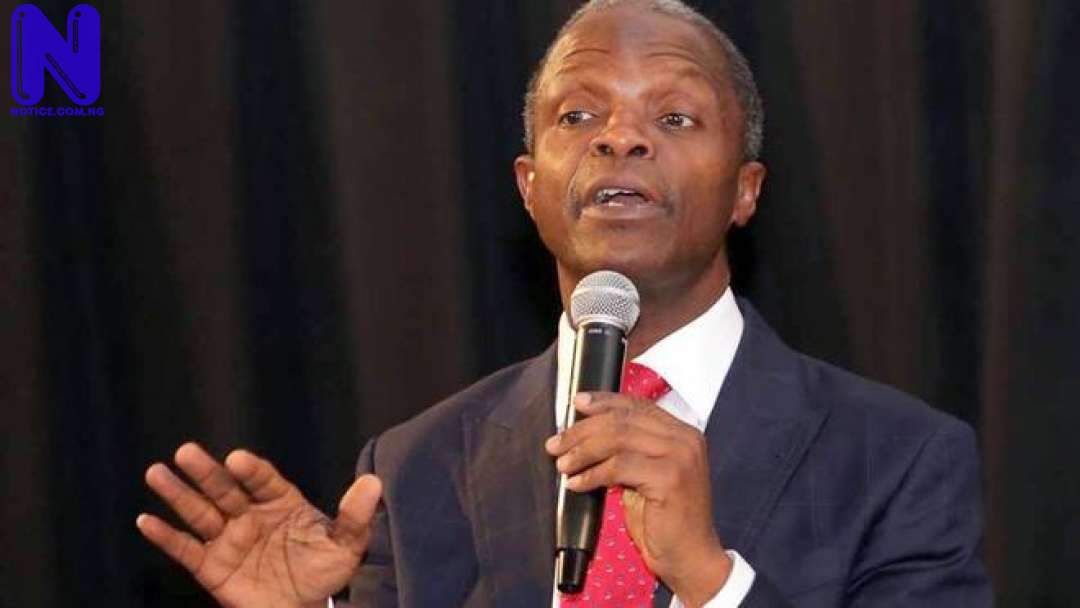 The Vice President of Nigeria, Professor Yemi Osinbajo, has said that Akwa Ibom state has no reason to play opposition, stressing that the people should hasten efforts to link up with the center by voting the All Progressives Congress, APC, totally in the forthcoming general elections.

He stated this on Friday during an APC rally at Nsit-Atai local council area of the State.

Osinbajo, who was actually in the state to disburse money to traders in the state under the ‘trader moni scheme,’ said, “Akwa Ibom has no reason to be in opposition, there is every reason for you to join so that you become part of the next level.”

Reeling out the achievements of the APC-led federal government and what it intends to do, the Vice President said, “young people who are here, the government of Buhari is determined to make sure that not only you have jobs, but you have quality jobs. That is one of the most important things we are doing. That is why you must support APC.

He also announced plan by the Federal Government to establish an entrepreneur bank, which would serve as a channel for giving soft loans to men and women who are beneficiaries of its N Power programme.

His words, “We are starting something called the entrepreneur bank. This is meant to give loan to men and women in N Power who have plan for the future. The loan will be given to them at a very low interest rate so that they can start their own businesses and make progress.”

He further disclosed that Akwa Ibom state has been known for producing palm oil, which As stated by him in no distant time would take over the economic base of the country as soon as crude oil phases out.

“We have found here palm oil which will be a replacement of crude oil, so we are going to be number one in this local government. That is one of the reasons that you must join the Federal government under the APC.” He said.

Also speaking, the APC governorship candidate, Nsima Ekere urged Nsit-Atai people to reciprocate the visit of the vice president by voting massively for APC in February 16 and March 2 respectively.

“During my manisfesto, i said, this is the time to build wealth. Akwa Ibom is naturally endowed. We have Akwa palm, when processed, one barrel of processed oil is more expensive than crude oil. We can build on our oil palm,” he said.