“There is a promised land for every black man,” Jonathan tells the people of Trinidad & Tobago 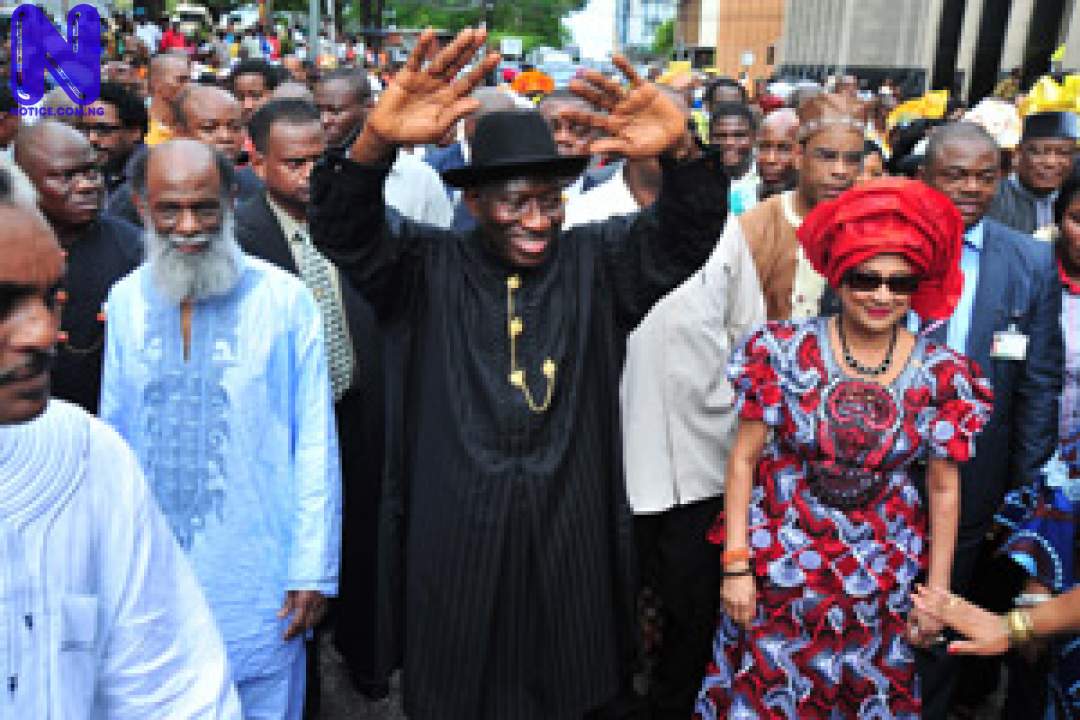 The emancipation struggle is necessary so that one day the black man will also be at the top and can dictate to the rest of the world, said Nigerian President Dr Goodluck Jonathan.

Jonathan was delivering remarks yesterday as the guest of honour at the Lidj Yasu Omowale Village at the Queen’s Park Savannah, Port of Spain, as part of his State visit. He had earlier participated in the Emancipation Day celebrations and the Kambule street procession.

“My sisters and brothers from this beautiful country of Trinidad and Tobago,” he greeted the audience yesterday.

He said the “brother country” of Nigeria fully identified with the Emancipation struggle and it was his country that called on states in the African Union to have Emancipation celebrations, though this was not followed “religiously”. He noted the black man all over the world has passed through serious challenges, including slavery, colonialism and apartheid.

“We must put this history behind us and go forward,” he said.

Jonathan stressed it was time for black people to take a stand and play an “honourable role in the world” and black men who are leaders like him should work for this to be realised. He pledged that Nigeria will continue to work with blacks all over the world “to ensure the black man makes it to the promised land”.

“We want to go to the promised land,” one woman in the crowd shouted in response.

Emancipation Support Committee chairman Khafra Kambon, noting that Trinidadians get a free visa to visit Nigeria, called for a removal of a $20,000 bond for Nigerian People to travel to this country.

He also reported that President Jonathan did not “run from the rain” yesterday morning during the Kambule street procession when he was taken away in a vehicle, but had another engagement. New Minister of Arts and Multiculturalism Dr Lincoln Douglas also delivered remarks.

Before the addresses, entertainment was provided by calypsonians Marvelous Marva, 2012 Calypso Monarch Duane O’Connor, Brother Valentino, and the Wasafoli dancers and drummers.