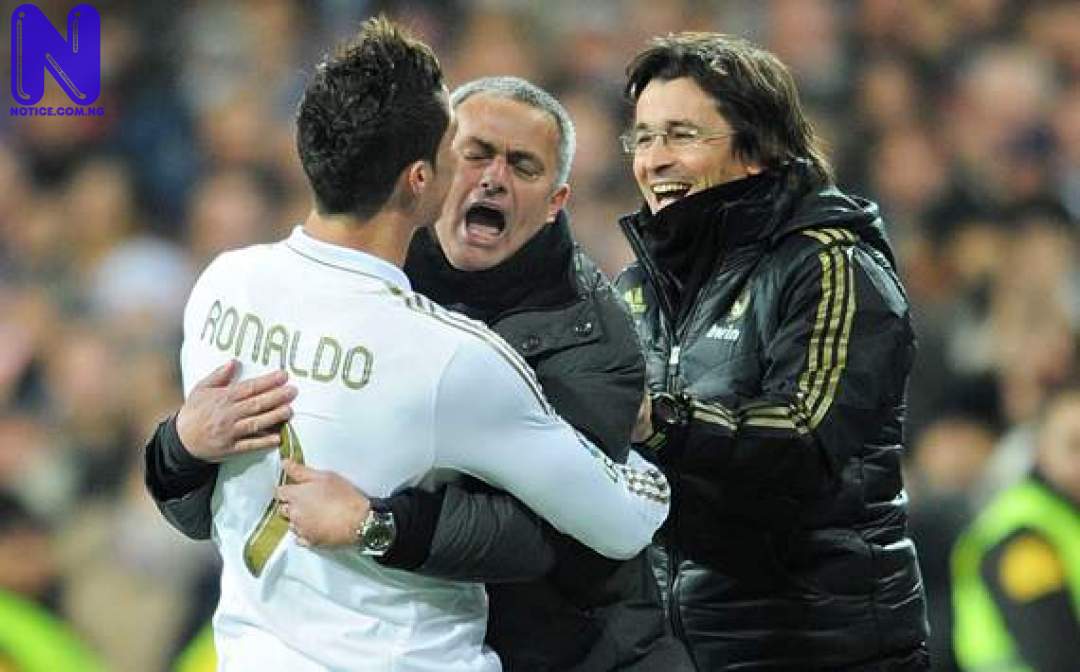 Just two days after he was confirmed as Chelsea’s new boss, Jose Mourinho has began to speak out about some of the conflicts he had during his tenure as Real Madrid coach.

One of the most notable bust-ups was with compatriot, Cristiano Ronaldo, after a 2-0 win over Valencia in the Copa del Rey. Mourinho said the forward did not appreciate his appraisal of his performance.

“Ronaldo has had three fantastic seasons with me. We found a tactical set-up where he got the best out of himself and scored a lot of goals. I had one problem with him, though,” Mourinho told Punto Pelota.

“When I criticised him from a tactical point of view because I felt he could still improve, he did not accept what I had to say.

Another fellow Portuguese the Ex-Porto boss fell out with, was Pepe, who he revealed was almost sold until he intervened.

“I don’t know whether Pepe betrayed me. Everybody wanted him out at Madrid, yet I kept him on board,” Mourinho continued.

“But he picked up an injury and Raphael Varane did a fine job during his absence. He deserved to play and Pepe didn’t adapt well to the new situation.

“All those who called him a murderer before now supported him. I’m happy that he gets that support now. It’s great for him and Madrid need players like him.”