“I was dead for 7 days, but God brought me back” – Patience Jonathan speaks on medical trip to Germany 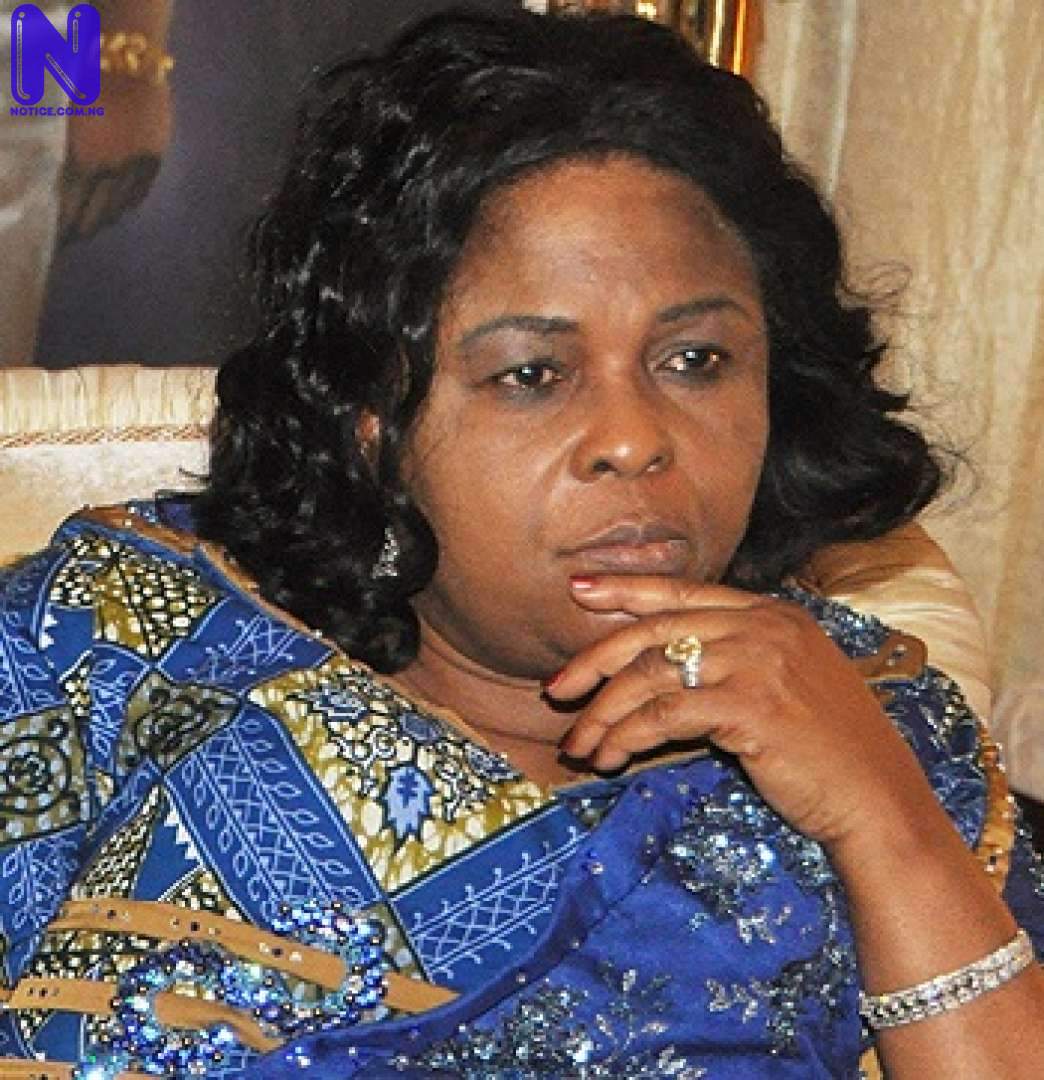 It was a shocking revelation on Sunday at the State House Chapel in Abuja when the First Lady, Dame Patience Jonathan, revealed that she died and woke up after seven days, when she was hospitalized  for three months abroad.

During  a thanksgiving service held at the State House chapel, the First Lady praised Nigerian People for praying for her at her trying moment, affirming that their prayers sustained her. Meanwhile, she expressed disappointment over those who had wished her dead. She said some people sold her property, thinking she won’t survive.

She disclosed that she went through  seven surgical operations in a span of one month, yet survived even when the doctors had given up on her.

She said: “I remember when Chief  Obasanjo was the President of the country, I was close to his late wife, Stella. We worshipped together in this chapel. It was a painful moment for me that time when she (Stella) died and her corpse was brought here.

“That was how my corpse would have been brought here. It was not an easy experience for me. I actually died, I passed out for more than a week. My intestine and tummy were opened.

“I am not Lazarus but my experience was similar to his. My doctors said all hope was lost.

“A black doctor in London who is with us in this service was flown in when the situation became critical. It was God himself in His infinite mercy that said I will return to Nigeria. God woke me up after seven days.

“I know that some people somehow leaked the information that I was dead.  They are people that I trust and rely on; to them, I was dead and I would never return to the country alive. Some of them even sold my things off.

“I won’t say everything here. It is the Lord’s doing that I returned alive. When God says yes, nobody can say no.

“People are always afraid of operation (surgery) but in my own case, while my travail lasted, I was begging for it (surgery) after the third operation because I was going to the theatre everyday.

“It was God who saw me through. I did eight or nine operations within one month. It was not an easy one.

“The day I came back, I said God I have nothing to say, I offer myself to you. I will be doing things that will touch the lives of the less privileged.

Speaking further on the significance of her survival, the First Lady said it was a deliberate act by God, just for her to complete her mission on earth.

“God gave me second a chance because I reached there. He knew I had not completed the assignments He gave me, that was why I was sent back”, she said.

In his own speech, President Goodluck Jonathan said that some people had predicted on his assumption into office that either him or his wife would die at the course of serving Nigeria.

He thanked the people for turning out at the thanksgiving service, while also asserting that rumour of death was not new to him, as he heard much of that while during his reign as Governor of Bayelsa state.

He said: “I thank God for keeping the life of my wife. If anything had happened to her there would have been many stories and the fake prophets would have had their predictions fulfilled,” .

In attendance were Ex-Heads of State, Governors, members of the National Assembly, ministers and a host of other dignitaries.

The president further charged Nigerian People to continue to pray for the country. He said “If you love this country, you will not talk about divisions. God willing we will begin to turn things around,”

It would be recalled that the First Lady, had debunked rumour of her sickness at the airport in Abuja when he returned to Nigeria after several months of absence.