‘Justice will catch up with you’- Islamic Movement in Nigeria tells Gov. El – Rufai 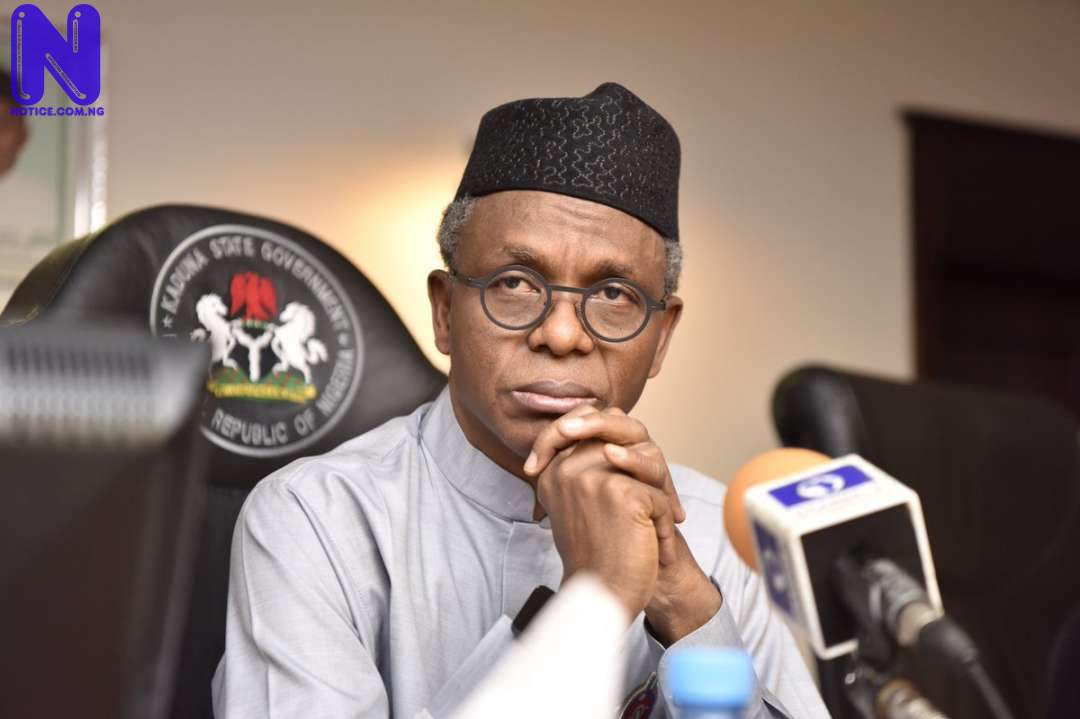 Members of the Islamic Movement in Nigeria, IMN, have expressed concern over the continuous detention of their leader, Sheikh Ibrahim El-Zakzaky and his wife.

Recall that the governor had in a recent live broadcast said the detained Muslim cleric was being tried for the alleged crimes he committed in Zaria for over 30 years, and vowed never to release him.

Responding, the IMN said no amount of blackmail or misuse of state power could avert the whirlwind of justice from catching up him; adding that justice will be served in El-Zakzaky’s case.

The sect assured that its members would intensify peaceful campaigns until justice is done to Sheikh Zakzaky and other victims of Zaria genocide of December, 2015.

The statement reads, “With increasing pressure on the Buhari regime from home and abroad occasioned by the decision of the International Criminal Court (ICC) at The Hague to investigate the crimes against humanity committed by this regime during the Zaria Massacre of 2015, there have been increased efforts at belittling the matter and trivializing the issues.

“This reached a peak in the last hours when the Kaduna Governor, Nasiru El-Rufai was rattling half-truths and pathological lies, for which he has come to be known.”

As stated by the governor, Sheikh Zakzaky is being tried for crimes he and his followers committed in the last 30 years in Zaria.

“On the contrary, after the criminal invasion of the Sheikh’s residence in December of 2015 and the subsequent killing of hundreds of his supporters including his sons and relatives by Officers and men of the Nigerian Army, the Sheikh and his wife were shot at and arrested. The Sheikh and his supporters were the victims of state terror and crimes and not the perpetrators.

“They also declared that the wife was not in detention but “merely keeping her husband company” and that she was free to walk out anytime she so wishes. So, what crimes is Elrufai referring to?

“The government has remained in contempt of that order. Clearly, Elrufai, like the master he is working for, General Buhari, has no respect for the rule of law,” IMN explained.