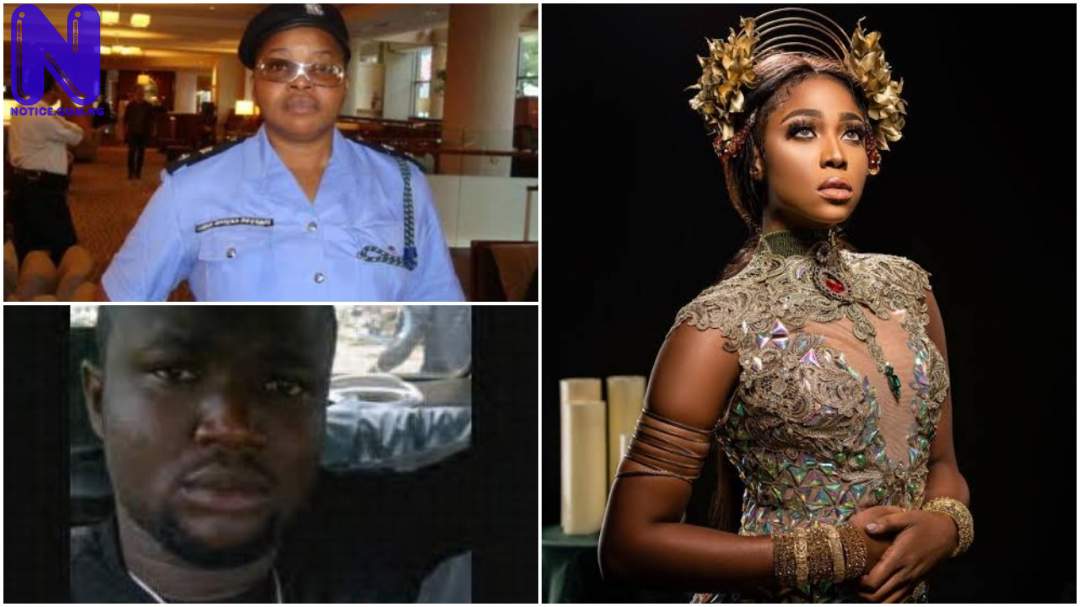 Nollywood Actress, Lilian Afegbai and her mother, Carol Onyekachi Afegbai, are in the news and it’s not for an enviable reason.
Nigerian People are accusing Carol, a senior police officer, of killing Momodu Ibrahim, a student of the University of Benin (UNIBEN) in May 2013.
They are calling on the the federal government and the Nigeria Police to arrest and probe Carol.
As at 9:00am on Saturday, tweets about Carol Afebai have exceeded 55,000.
Twitter users have announced plan to start an online petition to get signatories to demand her prosecution.
Trouble for the family started on Friday when Lilian made a video on End SARS protests.
She condemned those who called her names for wearing a “seductive” outfit to rally ground in Lekki, a highbrow area of Lagos.
Lilian, in the footage recorded in her vehicle, said during protests, appearance doesn’t matter but the motive.
But Nigerian People, already enraged about Police brutality and attacks on demonstrators, refused to back down.
Within a few hours, they opened a book of remembrance and recalled how Lilian’s mother, Carol allegedly executed a citizen seven years ago.
Press recalls that in June 2013, the Edo Political Forum (EPF) urged the then Inspector-General of Police, Mohammed Abubakar, to investigate the murder of Ibrahim.
They protested that Ibrahim was murdered “animalistically by CSP Carol Onyekachi Afegbai, the Divisional Police officer (DPO) of Ogida Police Station in Edo State”.
The body, in a petition signed by Emmy Uwangue, said the then Commissioner of Police (CP) alleged that the young man was an armed robber.
They accused him of “relying on the mendacious information that was given by the She-devil DPO”.
The petitioners quoted the CP as saying that the student was “a bus driver and that a cut-to-size gun was found on the young man after he was shot just about 100 meters from his family’s house where he resided before Afegbai killed him.”
EPF called Afegbai “the first daughter of the devil”.
They noted that that she claimed having a nightmare the day before the incident in which she personally killed two armed robbers.
“Carol Afegbai led out a team on May 27 looking for two imaginary armed robbers to kill, saying that her dreams always come true.”
The forum decried that Momodu was hurriedly buried on May 28 without the consent of the family or any close relative.
“How can you kill an innocent boy and bury him, this is another Clifford Orji in Edo State as killer DPO Carol Onyekachi Afegbai,” the petition said.
EPF demanded that Afegbai be dismissed and be “tried for murder for killing innocent persons, and be investigated properly about the source of her stupendous wealth”.
Since then, nothing has been heard of the case. The Police has not provide any update yet.