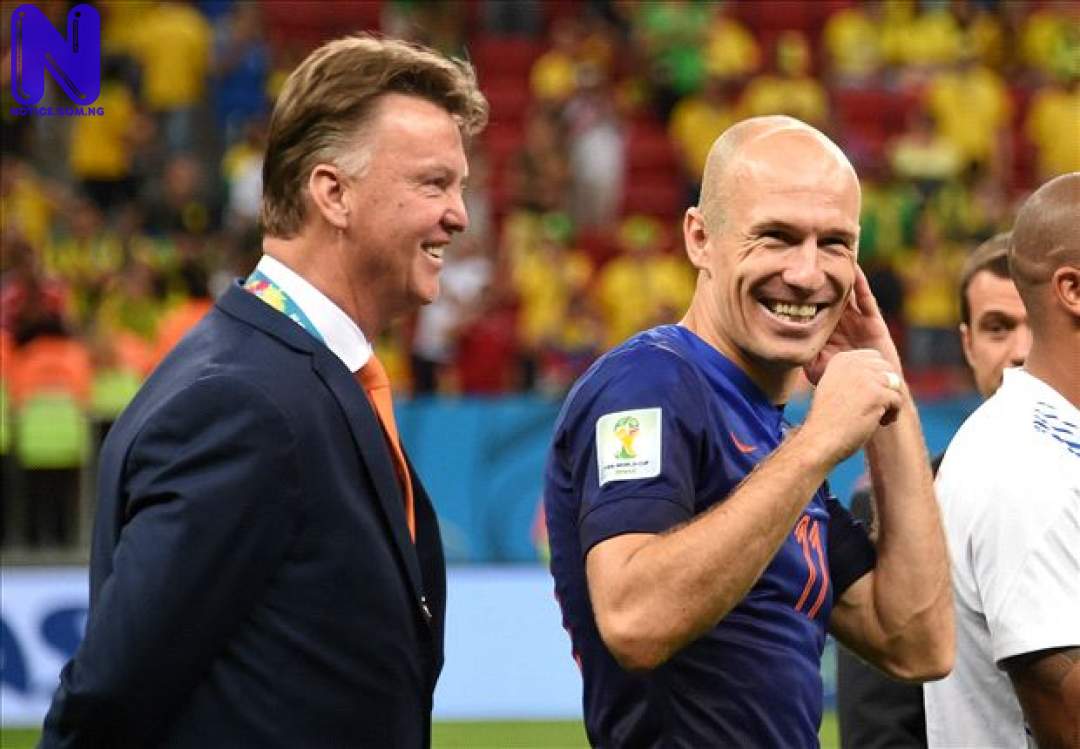 Holland winger Arjen Robben, has revealed that coach Louis van Gaal is desperate to take him along to Manchester United.
The Bayern Munich player emerged one of the stars of the 2014 World Cup, where he helped his country finish third by beating hosts Brazil 3-0 on Saturday.
It is Van Gaal’s last game in charge of the Dutch, as he has agreed a deal to become Manchester United’s new boss.
Asked by NOS if he could join United this summer, Robben replied: “No says that’s what I told Van Gaal. I am happy at Bayern but he’s said there is always room for me [at United].
“Van Gaal is the best coach I’ve had. We’ve got a very special relationship.
“After the match he did ask me to come to Manchester, but I will not move. I’m at the right place at Bayern so that has nothing to do with Van Gaal or United.”