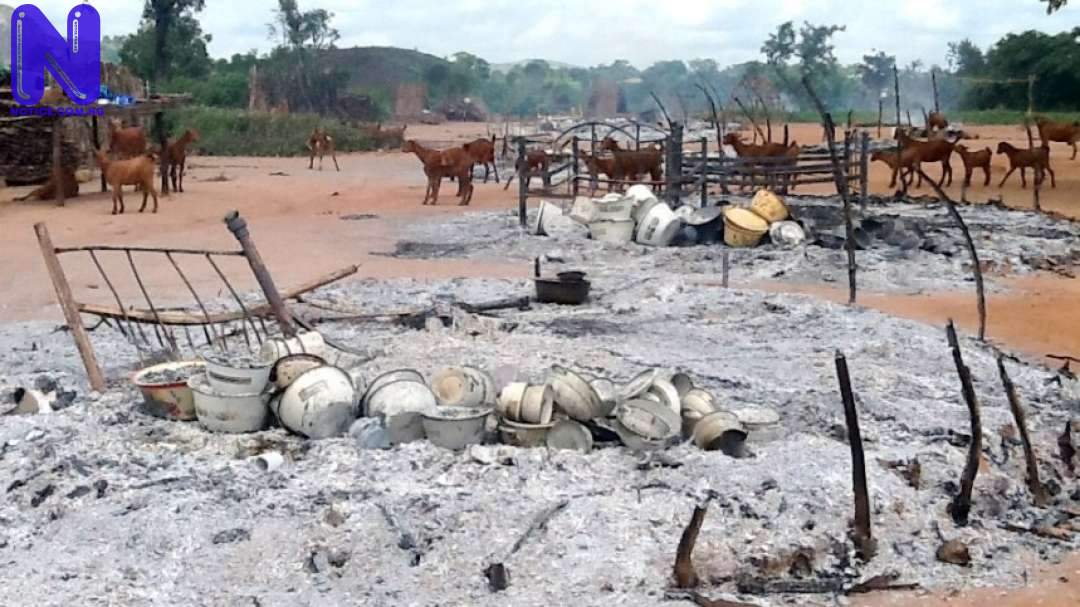 The Southern Kaduna Peoples Union, SOKAPU, has described the incessant attacks on the people of Adara as ethnic cleansing and not communal clashes.

The SOKAPU National Public Relations Officer, Luka Binniyat, in a statement after the fresh killings in Agwalla Magayaki and Tudun Agwalla in Idon Ward, Kajuru Local Government Area of Kaduna State said, “War is being waged against our people and the Nigerian Government pretends that nothing is going on. We are facing a huge humanitarian crisis.

“SOKAPU still maintains that no matter how Cafra Caino, and people in authority want to make the pogrom against the Adara of Kajuru LGA look like a communal clash, we insist that it is ethnic cleansing.”

The statement noted, “Around 5am of June 3, 2020, armed Fulani militia, sneaked into Agwalla Magayaki and Tudun Agwalla in Idon Ward, Kajuru Local Government Area in Southern Kaduna, burning down homes, looting and leaving behind 9 corpses.”

The union explained that the villagers told them that some of the attackers were well known Fulani youths raised around in their communities and went on to even call their names.

The statement added, “This wanton cruelty is coming three days after the Chairman of Kajuru LGA, Cafra Caino issued a press statement alleging that 11 Fulani rugas or huts were burnt, with no human casualty, ostensibly in retaliation of the 27 Adara that were a killed in neighbouring villages of Gonan Rogo, Unguwan Rana and Makyali on the 12-14th May, 2020. Cafra blamed users of social media for inciting what he termed as ‘renewed violence’ in the area.”

It explained that the villagers of Agwal said that the Fulani of Agwalla axis who they had played host to for decades quietly moved away at night before the attack on Gonan Rogo on the 12th with no notice, stating that 17 hapless villagers were hacked to death in that attack at Gonan Rogo.

“They said that the same Fulani may have sneaked back to burn their empty hurts as an excuse for a planned attack all in attempts to force the owners of the land out and take control having chased away their neighbors,” the statement explained.

SOKAPU believes that the announcement of the ‘violence’ against what the Union described as “Fulani empty huts or rugas was the excuse and cue Fulani needed to carry out this wickedness”.

According to SOKAPU, “Though Cafra Cino had rushed to issue a press statement announcing the killings that took place today, he did not visit the villages to see for himself, but he had hurriedly visited the burnt rugas.

“After waiting for hours with no police coming in to see and take reports of the killings, the military patrol that came in three hours after the violence, gave a nod for the mass burial of the deceased listed as Kefas Yusuf, 30, married with 3 children; Richard Yusuf, 25; Fidelis Wada, 40, left behind two wives and 4 children; Kachia Simon, 30 father of 3 and Rose Soja, 39, mother 3 children.

“Others were Genesis Soja, 11; Rahap Soja, 9; Victoria Gyata, 50, mother of 5 and Lovette Akayi, 10. Victoria Soja was killed with her two children – Genesis and Rahab.”

SOKAPU, therefore, condemned in strong terms the continuous mass murders of our people and the destruction of our communities by Fulani militia.

The union also condemned what it called the obvious lack of interest, silence and inactions of the Kaduna State Police Command in the massacre.

The union also called for the assistance and intervention of the United Nations, Africa Union, the International Criminal Court, Amnesty International, all men and women of good conscience on the incessant attacks the area is confronted with.