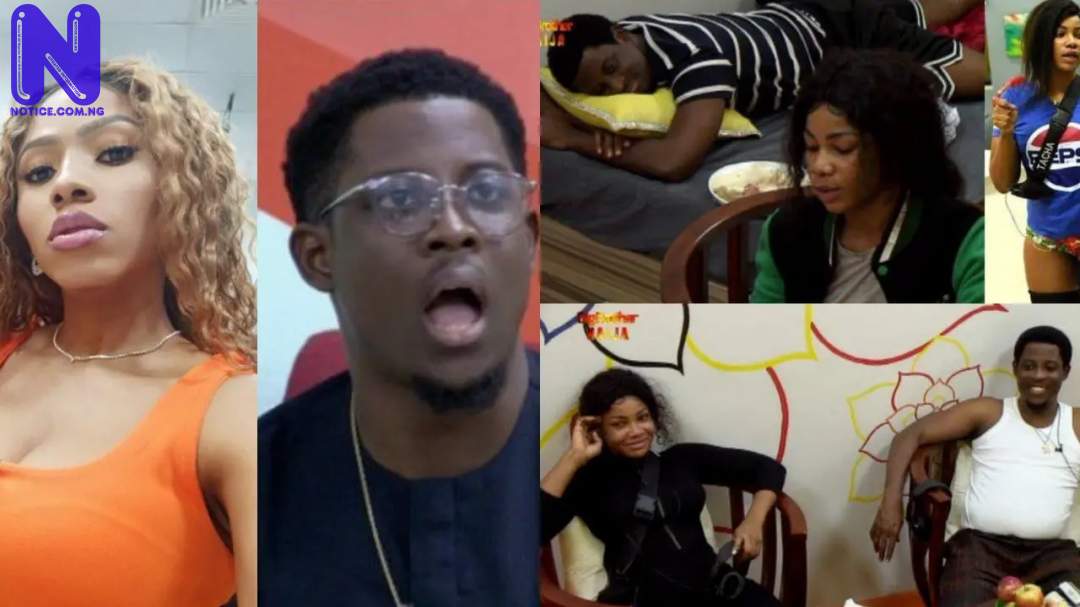 Big Brother Naija, BBNaija, housemates, on Wednesday made shocking revelations about their past.

Some of them disclosed their dirty sex secrets.

She addded that she had been taking care of herself, school and family since the age of 18.

Seyi on his end revealed that he lost his virginity to an older lady.

“First display of anger was in primary school, stabbed a classmate with a compass. I also had sex with one sister and took the other one to an incomplete building to finish off

Also revealing secrets, Tacha added that her first sex was so boring and it lasted 30minute.

As stated by her, she “only did it out of pressure.”

Comment by:TISAO - 2019-09-12 , 08:26:38pm
I couldn’t refrain from commenting. Very well written! Hi there just wanted to give you a quick heads up. The words in your article seem to be running off the screen in Safari. I'm not sure if this is a formatting issue or something to do with internet browser compatibility but I figured I'd post to let you know. The layout look great though! Hope you get the problem fixed soon. Kudos I couldn’t resist commenting. Exceptionally well written! http://house.com
like:0
dislike:0
relevance:0
Comment by:TISAO - 2019-09-14 , 05:43:13pm
Ahaa, its good discussion on the topic of this paragraph at this place at this weblog, I have read all that, so at this time me also commenting at this place. I really like what you guys tend to be up too. Such clever work and coverage! Keep up the very good works guys I've included you guys to my personal blogroll. I could not refrain from commenting. Well written! http://nissan.com
like:0
dislike:0
relevance:0