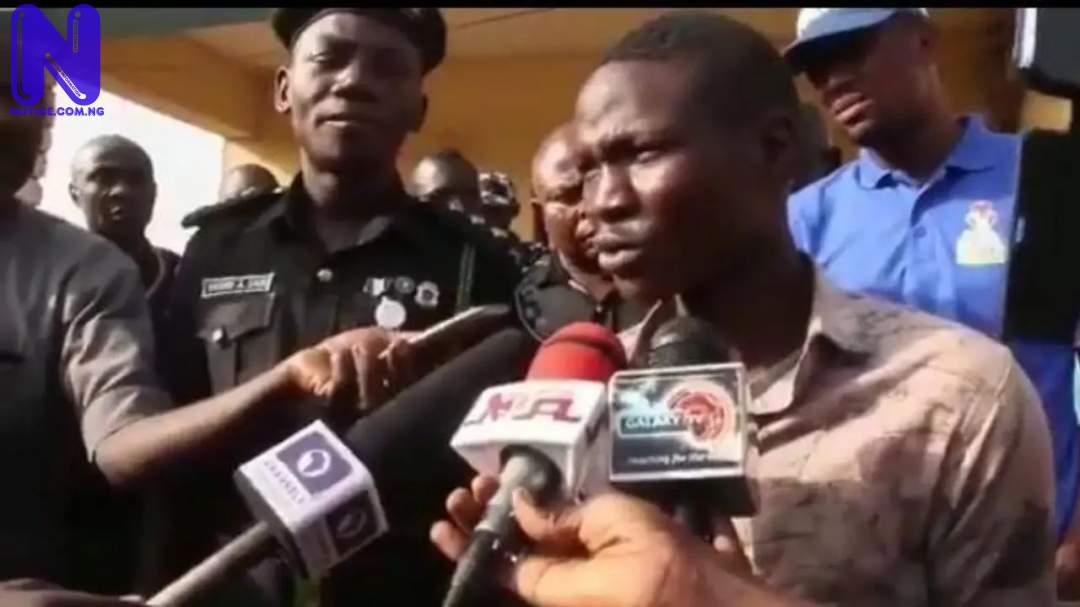 Nathaniel Samuel, the 30-year-old suspected suicide bomber, arrested on Sunday, February 1st with explosives at the Sabon Tasha branch of the Living Faith Church, aka Winners chapel has confessed that he is indeed a Christian.

Following the failed attack on the church, there were reports on social media that the suspect was not a Christian but a Muslim.

Ex-minister of aviation, Femi Fani-Kayode had suggested that anyone who believes the suspect’s real name is Nathaniel Samuel would need to have his or her head examined.

Fani-Kayode disclosed that the name of the attempted suicide bomber was Mohammed Nasiru Sani.

But the suspect while being paraded before newsmen at the Kaduna state police command on Monday said his name is Nathaniel and not Mohammed Nasiru Sani as being speculated. Nathaniel said he was even meant to be a pastor as he had previously attended the Leadership and Training Institute of the Living Faith Church Worldwide, Word of Faith Bible Institute.

“I was in the church service early in the morning for the first service, I went at around past 8, while I was listening to the sermon all of a sudden I had a stomach ache and decided to use the toilet.

“A day before then I went for an event at Sabo was some of us were given fireworks not explosives. I’m not a suicide bomber but a decorator.”

I supposed to be a pastor in Winner Chapel – uspected suicide bomber caught at Living Faith Church on Sunday, Nathaniel Samuel, speaks out