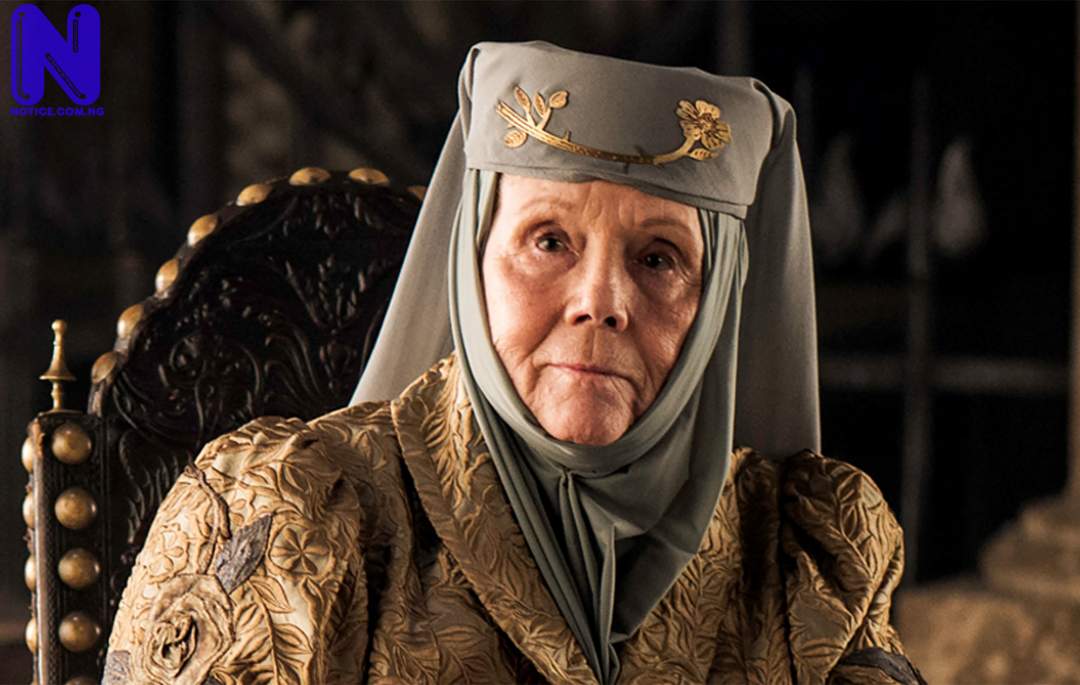 Award-winning British actress Diana Rigg, who starred in the “Game of Thrones”, is dead.
She died at aged 82, her agent, Simon Beresford confirmed on Thursday.
Simon Beresford in a statement expressed sadness over her death and demanded that the family be given some privacy.
“It is with tremendous sadness that we announce that Dame Diana Rigg died peacefully early this morning.
She was at home with her family who have asked for privacy at this difficult time.
“Rigg was an icon of the theatre, film and television,” the statement added.
Rigg also starred in the original “The Avengers” television series among other movies.