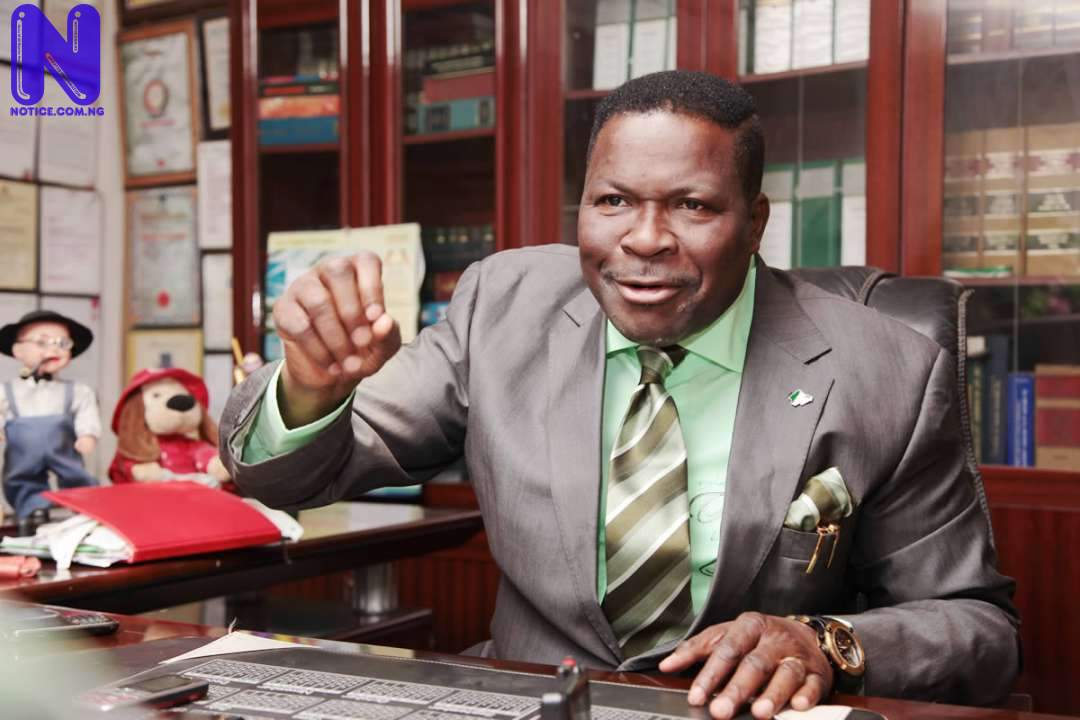 Report emerged on Wednesday that over 30 presidential aides attached to the Vice President were disengaged by Buhari without his (Osinbajo) knowledge.

in spite of that, Ozekhome, reacting, said he predicted the sack of Osinbajo’s aides.

DO YOU KNOW >>> FG shuts fertilizer firm over alleged adulteration

He gave Osinbajo two options to take in regards to the situation.

Ozekhome told Independent: “I normally read situations and I say my own. Everything I have predicted in the last five years have always come to pass. I have made it clear and it is resounding now.

“Nigerian People are aware Atiku fought his then boss both in the courts and at the political scene which saved him from being humiliated out of office.

“Osinbajo has two options. The first option is to get ready to pull his punches and fight like a man that has manhood. He should fight squarely, frontally and brutally like a man with manhood.

“The second option is that he should honourably resign as vice president of Nigeria before they pour more ashes on his head and before they bespatter his white garment with more muds and more excrement.

“In these two options, there are no grey areas at all. They are just the two options available.

“He should either put his hat in the ring to fight the cabal squarely.

“So, Osinbajo should be ready to do what Atiku did by fighting with all he can but if he cannot, he should take the honourable way out by resigning quietly. Otherwise, he will be so rubbished and reduced in significance and importance that he will not even be accorded the status of being a glorified messenger.

“In a situation where the president can send Osinbajo to his home town to go and witness the turbaning of a small chief and documents are being sent to the president to sign Nigerian laws in London, it is a clear case that when the market is on fire, you do not tell the deaf and the blind. They will know when they feel the heat.”